The UT Dallas station will include connections to The University of Texas at Dallas campus, apartments, restaurants, future developments, the Veloweb Hike & Bike Trail and DART buses, according to DART. (Rendering courtesy Dallas Area Rapid Transit)

Once the 26-mile Silver Line corridor debuts in 2024, two of its 10 stations will be located in Richardson. In its September newsletter, Dallas Area Rapid Transit released final designs for each location.

A team of project engineers, architects, artists and members of neighborhood advisory committees collaborated on each station’s design from concept to completion, according to DART.

Architectural elements under each team’s purview included design, color, paving and column classing, site elements, landscaping and site-specific artwork, according to the newsletter.

A previous story by Community Impact Newspaper reported that coronavirus-related complications are behind a delay in the completion of the $1.89 billion project, originally scheduled for 2022. However, construction on the Richardson stations will continue as planned, DART spokesperson Gordon Shattles said.

Below is a breakdown of Richardson station designs and details. 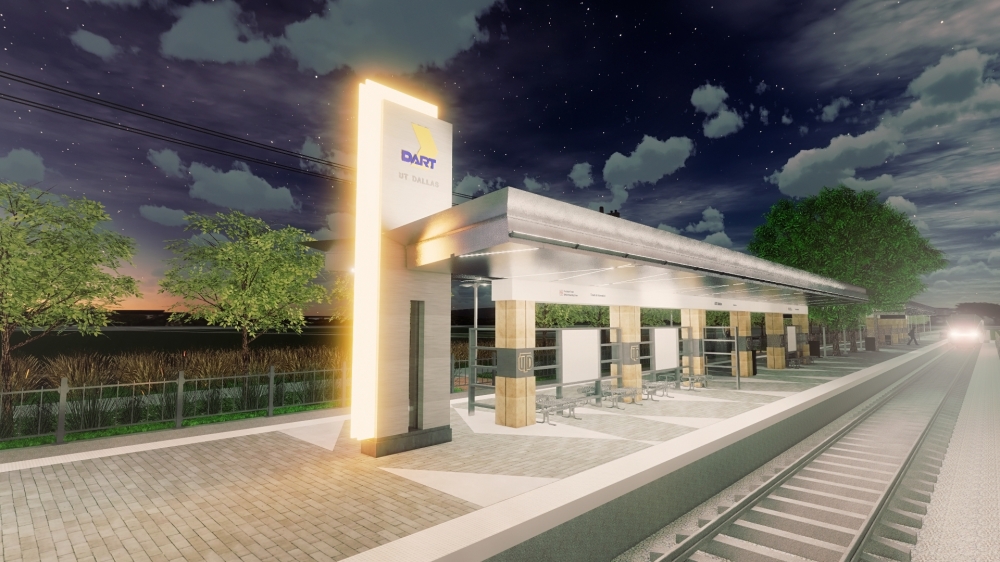 The design of The University of Texas at Dallas station, located just north of campus, pays tribute to the university, according to the newsletter.

The station will include connections to the UT Dallas campus, apartments, restaurants, future developments, the Veloweb Hike & Bike Trail and DART buses, according to the newsletter. 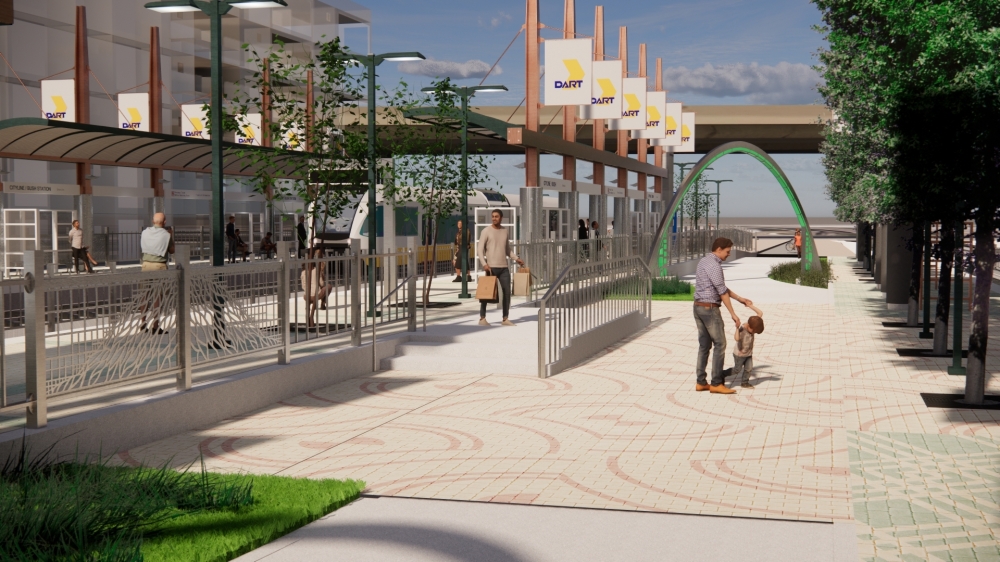 The theme for this station is convergence and connectivity, according to the newsletter. Because this station will sit alongside the existing Red/Orange lines, commuters will be able to go in multiple directions, according to DART.

The existing station at this location already offers more than 1,900 parking spaces, access to CityLine and the Veloweb, and connections to DART buses.

For more information on the Silver Line, visit this link.