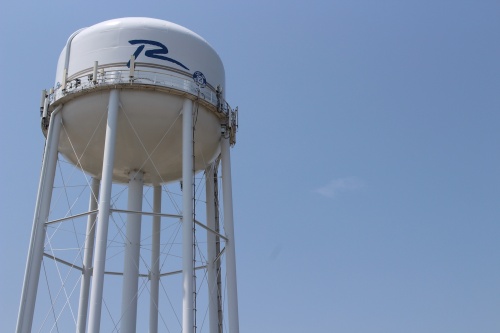 The North Texas Municipal Water District has completed repairs on the pipeline damaged Thursday afternoon near Breckinridge Park, according to an 8:30 p.m. release from the city of Richardson.

As a result, an outdoor watering ban put in place Friday by the city has been lifted, the release said.

"Water managers would like to extend their deepest gratitude to the community for pulling together during this time of need to conserve water resources," an announcement by the city said. "The joint efforts were needed to help ensure uninterrupted service for essential uses, and the results of those efforts were immediately noticeable once the word went out that conservation was needed."

An investigation into the cause of the break, which occurred in the 4500 block of Crystal Mountain Drive, is ongoing. Updates will be posted on the water district's website.

Information published to the North Texas Municipal Water District's website at 1 p.m. said the transmission line damaged in Richardson on Thursday should be back in service by later this evening.

Originally estimated for a Tuesday completion, the water district says crews have made good progress on fixing the broken pipeline; however, it requested that no outdoor watering continues through tomorrow at 6 p.m. in the cities of Richardson, Garland, Murphy, Plano, Sachse and Wylie. On Friday the city of Richardson instituted an outdoor irrigation ban that is scheduled to last through Tuesday evening.

An investigation into the cause of the break—which occurred in the 4500 block of Crystal Mountain Drive—is ongoing.

“Our main focus has been on restoring full water service to thousands of people in the area served by this pipeline, and crews have worked around the clock to make that happen,” said Tom Kula, executive director of the water district. “We also recognize the hardship this caused to residents directly impacted by the pipeline break and have offered to reimburse them for temporary lodging, meals and transportation costs. Over the past few days I have met with several of those residents who had the most damage and will continue to try to meet with all."

According to the district, property damage claims should be submitted to the homeowner's insurance company.

Following a request by the North Texas Municipal Water District, the city of Richardson is placing a ban on outdoor watering while crews repair the transmission line that was damaged near Breckinridge Park Thursday afternoon.

Calling the situation a "critical water shortage," the city also asked that residents limit indoor water use to essential functions, such as drinking, bathing and cooking.

Repair of the line is expected to take 72 hours, a release from the water district said on Friday afternoon. NTMWD is asking that cities served by the line—including Garland, Murphy, Plano, Sachse and Wylie—halt outdoor irrigation until Tuesday, Sept. 4.

A release from the city said code enforcers will patrol the streets of Richardson and issue fines of up to $2,000 to those who do not comply.

While supply is limited, the water district said it expects to be able to continue service to the city of Richardson throughout the duration of repairs. Water quality has not been affected by the break, the release said.


Residents and businesses should limit water use as crews perform repairs on damaged line, city of Richardson officials said

Last night around 5:30 p.m. residents in Richardson were alerted of a break in the main waterline that supplies two of seven distribution towers in the city's water supply system. As of this morning the line has not been fixed, so the city is requesting that residents and businesses continue to limit water use to drinking and other essential functions.

The break occurred around 2:30 p.m. yesterday at the 4500 block of Crystal Mountain Drive in northeast Richardson near Breckinridge Park, according to the city. At around 4 p.m. waterflow to the North Texas Municipal Water District line was shut off.

"Water to homes and businesses has not been impacted, but conservation measures are needed to keep water towers as full as possible until the transmission line can be repaired," a citywide alert said.

City spokesperson Greg Sowell said no updates or estimated time for repair completion are available at this time.