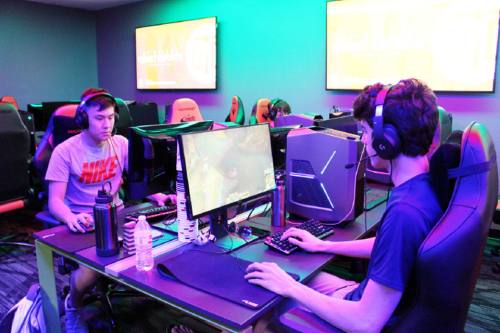 Esports athletes at The University of Texas at Dallas are being heralded as some of the strongest competitors in the nation.

The university launched its inaugural season of esports, or competitive video gaming, last fall. Since then, the program has grown to 45 athletes on five teams playing League of Legends, Overwatch or Super Smash Bros. Ultimate.

“UTD is a self-proclaimed ‘nerdy’ school,” director and coach Greg Adler said. “Some of our biggest majors are computer science, video game design ... So esports is a perfect fit.”

Prior to the university’s recognition of competitive video gaming as an official sport, students were already competing among themselves. This explains why the program saw such immediate success, said Kyung Joo, captain of the League of Legends A-team.

“Having the backing of the university and coaches and analysts helping us out—that took us to another level,” he said.

In August, the UTD Super Smash Bros. Ultimate team traveled to Massachusetts to compete at Shine, one of the largest Smash events in the world. The team’s first-place victory marked the only time in history that a UT Dallas sports team has won a national championship.

“Our players on our A-teams are all top 1% players in the entire world—not just within collegiate [rankings],” Adler said.

Many UT Dallas students enjoy video games, but only some are strong enough to play competitively. Still, Adler wants to make sure the program is inclusive to all students.

“Esports is a lot more than competitive. There’s also this community,” he said. “We are trying to engage [with] the entire student population as much as we can.”