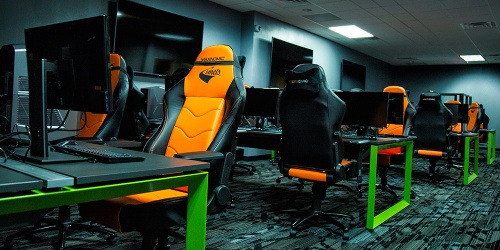 On Aug. 20, The University of Texas at Dallas announced the 14th sport to be added to its athletic department: esports, or competitive video gaming.

"UTD is known for being cutting edge, and esports is the perfect fit for the campus," Athletics Director Bill Pettit said in a presentation.

The program will be led by Greg Adler, who will coach, recruit and train members of two teams playing "League of Legends" and "Overwatch."

"I'm very excited for the new esports program at UTD ... the [competition] room is incredible and super advanced," he said.

Team members will play in two esports competition rooms located in the university's Student Union. Both rooms are equipped with maxnomic chairs, 25 computers built for professional gaming as well as three 80-inch TV screens that will allow spectators to follow along with the games through viewing windows, according to the university.

Tryouts for teams will be held through the end of August and into early September before competitions begin in the fall.