Hundreds of Richardson ISD parents continue to opt out of vaccines

Vaccine exemptions are on the rise nationwide.

Hundreds of parents in Richardson ISD have opted out of required immunizations for their children in recent years.

This past school year, 445 students were exempt from one or more vaccines—a 40% increase over five years, according to RISD records. The vast majority of parents to those students—roughly 98%—requested exemptions for reasons of conscience.

Conscientious exemptions to required vaccines were legalized by the state in 2003 and include objections based on religious, philosophical or moral reasons.

The share of RISD students with conscientious exemptions is low compared to the student body as a whole. Only 1.15% of the district’s 39,108 students were exempt during the most recent school year.

This is only slightly lower than the state average of 1.20%, according to the department of state health services.

Diseases once thought to be eliminated are making a comeback in large part because people are choosing not to vaccinate. Nationwide, the 940 cases of measles reported this year is the largest number since 2000, when the Centers for Disease Control and Prevention declared the disease eliminated in the United States.

So far this year, DSHS has confirmed 15 measles cases in Texas—the highest number in six years. No additional cases have been reported to the department since June 11. One case has been reported in Dallas County, while two cases  have surfaced in Collin County.

Health officials and scientists are concerned that an increased number of unvaccinated people could eventually undermine what researchers call herd immunity. Herd immunity is the idea that a population’s high vaccination rate helps slow the spread of vaccine-preventable diseases, protecting the unvaccinated and people for whom vaccines are not fully effective.

Zachary Simoni, professor of medical sociology at the University of Texas at Dallas, said part of problem is people fail to see how their individual decisions cause larger, collective problems.

“Immunizations are supposed to protect you, but really it’s about protecting the entire community,” he said. “I don’t think people have that communal thought when it comes to immunizations.”

These vaccinations are intended to prevent chickenpox, diphtheria, tetanus, acellular pertussis, polio, measles, mumps, rubella, and hepatitis A and B.

A seventh vaccine is required for students entering seventh grade. This vaccine protects against meningitis.

But there are options for parents who want to opt out of the required vaccinations for their children. A medical exemption, which requires a letter from a doctor, is granted when a child is unable to receive a certain vaccine due to a health condition.

Conscientious exemptions require a notarized letter from a guardian and remain valid for two years. Parents can opt out of one or more vaccines for religious, philosophical or moral reasons.

During the most recent school year, 434 RISD students had conscientious exemptions. The remaining 11 were exempt for medical reasons.

Lead nurse at RISD Becky Geise said that while health care providers on campus advocate for immunizations, the district does not take a specific stance on whether parents should vaccinate.

“Parents always have the right [not to vaccinate] and are the best people to make the decision for their kids,” she said.

Earlier this year, a parent reported a possible case of mumps, but it turned out to be a false alarm, Geise said.

The health services department will notify families if a vaccine-preventable disease is reported to the district even if the case is not confirmed, Geise said. An extra effort is made to alert parents of children with exemptions, she said.

Five Richardson private schools reported exemption rates to the state in school year 2018-19. The Catholic Diocese of Texas does not allow conscientious exemptions, which explains the rates of 0% at St. Joseph and St. Paul the Apostle catholic schools.

A new Dallas International School policy should dramatically decrease its exemption rate, according to Director of Communications and Community Development Lorraine Gachelin. In response to parents’ concern over measles, conscientious exemptions will no longer be permitted beginning in school year 2020-21.

CHOOSING NOT TO VACCINATE

There are several reasons why parents may choose not to vaccinate their children, Simoni said.

For one, mistrust in health officials has grown in recent decades, he said. This is linked to the consumer-driven approach to medicine found in the U.S.—seeing patients is how doctors earn money, so instead of building relationships, many doctors seek to treat as many patients as possible.

“Patients may see an ulterior motive of making money instead of caring about a person’s well-being,” he said.

The prolific spread of misinformation about the efficacy of vaccines is also to blame, Simoni said. Social media gives people a platform to disseminate information that is both inaccurate and potentially dangerous, he said.

This could explain why exemptions to vaccines in the U.S. are seen most commonly among wealthy and educated families, Simoni said.

“You are more connected; you interact with other people thinking the same way as you; and maybe that sense of mistrust is higher in those groups because they feel they have enough knowledge and education to not need to be told what to do,” he said.

A proposal to provide greater transparency failed in the most recent legislative session. Senate Bill 329 would have given parents easy access to information about the number and type of exemptions at a specific campus.

“Exemptions are one of the areas of concern to a parent, and it’s information that already exists, so let’s give them all the information they can have,” said state Sen. Kel Seliger, R-Amarillo, who authored the bill.

Sherelle Black and Lindsey Juarez contributed to this story. 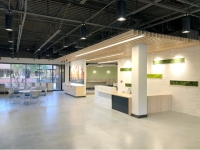 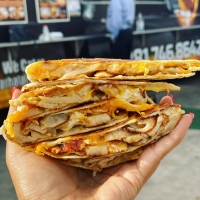