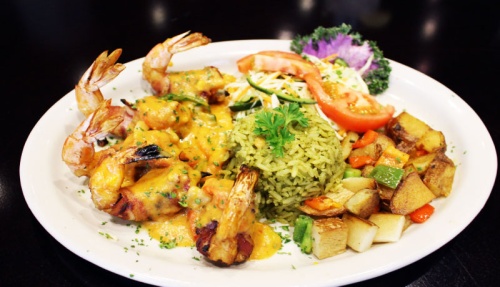 Before emigrating from Mexico City to Dallas in 1976, Fernando Padilla had never heard of a nacho, a chimichanga or a burrito.

Fast forward to 2019 and Padilla, along with his business partner, Anne Cowden, are the management team behind one of Dallas’ Tex-Mex institutions, Fernando’s Mexican Cuisine.

“Tex-Mex is a very unique cuisine native to Texas with Mexican influence,” he said. “I had never seen a nacho until I arrived in the United States.”

Padilla cut his teeth during the pioneer days of Dallas’ restaurant scene—a time when he said there were only a handful of fine-dining establishments—learning every facet of the industry through experience.

In the ’80s he served as maitre d’ and then general manager of Il Sorrento, one of Dallas’ premier continental Italian restaurants. It was there that Padilla said he learned the most about how to run a successful restaurant through his mentor, the late Il Sorrento owner Mario Messina.

“The restaurant industry is a very volatile industry,” Padilla said. “Restaurants come and go all the time. To be able to say that you established a business 15 years ago and are still doing it and growing, it sounds easy, but it’s very tough.”

Padilla and Cowden opened Fernandos’ flagship location in 2005 on Midway Road in Dallas. When CityLine opened in 2016, Fernando’s was among the first slew of tenants to join the now-bustling development. Its bread-and-butter customers are workers from CityLine’s corporate tenants, such as State Farm and Raytheon, who descend upon the restaurant during lunch hours. At night, the patronage shifts from corporate folks to families, Padilla and Cowden said.

But it’s the business crowd that reminds Padilla of home. Mexico City’s Business District houses some of the most prestigious restaurants in the world, Padilla said, and is the inspiration behind the Mexico City cuisine portion of the Fernando’s menu.

“Mexico City people, especially business people, have a love affair with food,” he said. “They are very demanding ... and expect nothing but the best.”

The Mexico City specialties are what sets Fernando’s apart from the milieu of other Tex-Mex options in the Dallas-Fort Worth area, Padilla said. It is here patrons will find Filete Pedregal, a grilled beef tenderloin filet served with a cognac and green and black peppercorn sauce, or Camarones Coyoacan, fresh jumbo shrimp filled with crabmeat, herbs and breadcrumbs and baked with a white wine sauce.

“The culinary experience in Mexico is indescribable,” Padilla said. “There is everything ... mom and pops, holes in the wall, chain restaurants, fast food. You name it. Mexico City has it.”