Demographer's report: Richardson ISD enrollment to grow by 5 percent over the next 5 years 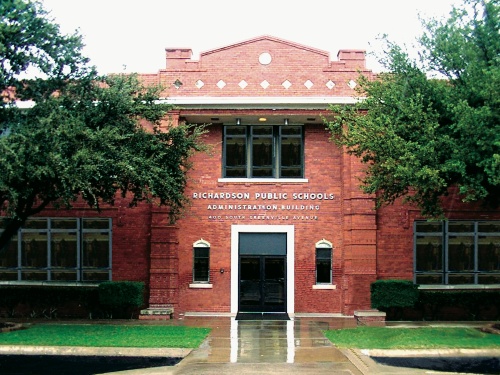 Richardson ISD enrolled 205 fewer students in school year 2018-19, but a demographer's report presented Jan. 14 shows that trend will reverse over the next half decade.

Today, roughly 39,109 students attend RISD schools. In five years that number is expected to grow by 1,980 students, or 5.1 percent, according to the district's demographer Bob Templeton of Templeton Demographics.

Factors consistent across North Texas are behind the projected increase, such as a strong housing market and historically low unemployment rates, Templeton said.

Perhaps the most significant reason for RISD's growth is the addition of more pre-K classes, an expense made possible by voter approval of an operational tax rate increase in November, Templeton said. The number of students enrolled in RISD pre-K is expected to increase by 50 percent in the 2019-20 school year.

Elementary schools at which 10-year enrollment projections exceed campus capacity include Brentfield, Aiken, Jess Harben and White Rock. Templeton said this can be linked in part to the cost of housing in these areas, which is relatively affordable compared to other parts of the district.

Templeton predicts that enrollment will peak in 2023 and that the greatest growth will be seen at district high schools, such as Lake Highlands.

RISD has approximately 225 lots available to build on and 500 future lots planned within the district, Templeton said.

Conversations about the need for another elementary school to offset capacity issues at White Rock Elementary have been ongoing for several years. Templeton and district staff are continuing to monitor a slew of single-family and multifamily projects in the Lake Highlands attendance zone expected to house a significant number of students in the coming years.

"There is still reason for us to be concerned about the growth that could impact White Rock Elementary School," Templeton said. "We are continuing to grow that [area] by about 1,000 kids in that four- to five-year window."

Richardson developments, such as Palisades Central, Cue Galatyn Station and University Place in Northwest Richardson, are also being monitored, according to the report.

Forty-eight percent of RISD students live in multifamily housing, which is the most of any of the 100 Texas school districts Templeton's company studies. And even though in the 2018-19 school year RISD gained 387 multifamily units, the number of students living in this type of housing has been on the decline since 2016-17. Templeton attributes this to rising rental rates.

Assistant Superintendent Sandra Hayes said the results of the demographer's report will help inform planning for the next bond election, tentatively planned for 2021.

In the meantime, Hayes and her team will continue to monitor housing trends and watch new builds. A comprehensive facility study scheduled to kick off in the final week of January will also give insight into capacity issues.
SHARE THIS STORY