UT Dallas works to ensure success of its first-generation students 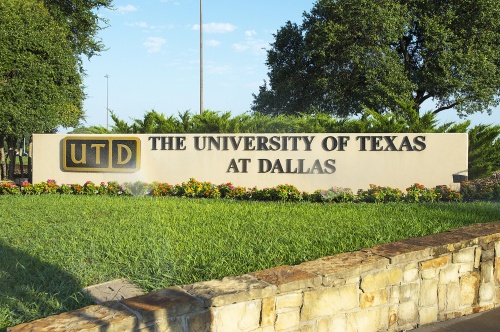 The University of Texas at Dallas is investing significant resources into combating statistics that show first-generation students are less likely to graduate than their peers.

Students whose parents do not have a bachelor’s degree make up more than 50% of college enrollment nationwide, but data shows only 27% will graduate in four years. This is markedly less than continuing-generation students, who have a four-year graduation rate of 42%.

The reason behind this gap is two-pronged, experts say. First-generation students not only face a cultural learning curve but are also often burdened with other responsibilities, such as caring for children or maintaining a part-time job.

“They’re dealing with a lot, and then we drop them into these places that are super complex—it creates a space they feel is not meant for them,” said Sarah Whitley, senior director at the Center for First-generation Student Success, an initiative of student affairs organization NASPA and The Suder Foundation, a Plano-based nonprofit committed to improving graduation rates of first-generation college students.

First-generation students at UT Dallas represent 4,383 of the 20,994 undergraduates enrolled in fall 2019, according to a university spokesperson.

UT Dallas joined 79 other universities this summer when it was inducted into the inaugural class of First Forward institutions, a designation by the Center for First-generation Student Success that recognizes colleges and universities with programs and resources aimed at serving this population.

The designation unlocks opportunities for UT Dallas to engage with other universities as well as experts from the center on how to advance outcomes for its own first-generation students.

UT Dallas defines first-generation students as those whose parents or guardians did not obtain a bachelor’s degree in the U.S..

Adding “in the U.S.” to the definition is something universities are grappling with across the nation, Whitley said. The caveat is not part of the definitions used by the Texas Higher Education Coordinating Board or the Center for First-generation Student Success.

However, at UT Dallas, where international students make up roughly 20% of the entire student body, broadening the definition was essential to inclusivity, said Mary Jane Partain, a first-generation college graduate from the Philippines and the director of UT Dallas Living Learning Communities.

“We wanted to widen the net as much as possible to provide these students with the opportunity to get acclimated, to get the resources they need to be successful,” she said.

Parents of international students may have degrees from another country, but many are unable to help their children navigate the American college experience, such as registering for classes or applying for financial aid, said Courtney Brecheen, UT Dallas associate dean of undergraduate education. Brecheen is also a first-generation college graduate.

“Their parents’ application process was different, their steps after gaining admission were different, and their expectations of what their student will go through during their undergraduate career is very different,” she said.

In terms of academics, international first-generation students at UT Dallas tend to be high-performing. However, they struggle with finding a sense of belonging, which is why social programming is so important, Brecheen said.

“It’s not just about academic performance—it’s also about making sure that these students have a group of peers with the same experience,” she said.

STARTING ON THE RIGHT FOOT

The Academic Bridge Program, founded in 2000, provides summer tutoring to incoming freshmen who graduate in the top 25% of their class and who are also from low-income homes. The program currently serves about 150 students, the vast majority of whom are first-generation, director Soli Ghirmai said.

“We do a lot of handholding, and they trust us to guide them and to help them bridge [the transition] from high school to college,” she said.

Students in the program take math, rhetoric and seminar courses—all of which count toward their college credits. They also meet with mentors and advisers who give advice on classes to take, majors to establish or organizations to get involved with.

“They are paying for these services, but they don’t know where to go to get help,” Ghirmai said.

Academic Bridge students have access to mentoring, tutoring and advising throughout their college careers. They are also eligible for housing and utility assistance, a meal plan and book scholarships, Ghirmai said.

The success of the program speaks for itself. About 90% of Academic Bridge students return to the program as sophomores; about 45% major in engineering, science or business management; and roughly 70% graduate with a bachelor’s degree, a rate higher than the university, state and national averages.

“Our students persevere through a lot, and a lot of them have had to grow up a lot sooner than others,” Ghirmai said. “I think that makes them work harder, work smarter.”

Another way UT Dallas fosters a sense of belonging is through its First-Generation Living Learning Community.

The program was launched in fall 2018 and currently includes 24 students, Partain said. Participants dorm together, take classes together, and attend networking and social events.

“You have the opportunity to interact and build a sense of community, a sense of strength, a feeling of safety and an awareness of belonging in a multitude of aspects,” she said.

Research shows that first-generation students are less likely to visit counselors, career centers or academic advisers, Whitley said. These statistics are what drove UT Dallas officials to emphasize mentorship as a crucial piece of the program.

Mentors are faculty or staff members who were also first-generation college students. Connecting with someone who understands their challenges can help boost a student’s confidence, Whitley said.

“That relational piece is really important,” she said. “Students report wanting mentors they can identify with and see themselves in.”

There are several no-cost, “low-hanging-fruit” practices universities can use to empower first-generation students, Whitley said. Identifying which faculty and staff members are first-generation is highly effective, she added.

“Students overwhelmingly report that’s the No. 1 thing that encourages them to go to office hours,” she said.

An analysis of the UT Dallas program showed the mentorship effort has paid off in spades. Nearly 80% of participants reported developing positive relationships with faculty and staff outside of the classroom, Partain said.

Emphasizing the strengths first-generation students bring to the table is the goal of all initiatives, Brecheen said.

“It’s important for us to make sure the community understands it’s not a deficit,” she said. “They are bringing a lot of assets, and they are valuable to our university community as a whole.”

When scouting prospective colleges, Whitley encourages students to look for schools with targeted first-generation programs and services. And once they have arrived on campus, she said, students should make the most of the resources available.

“Be proud of your first-gen identity, and don’t be afraid to share it,” she said. “There are all these resources there for you, and you deserve to take advantage of them, even if it feels so daunting.”

Editor's note: This story has been updated to reflect the most current number of international students at UT Dallas.