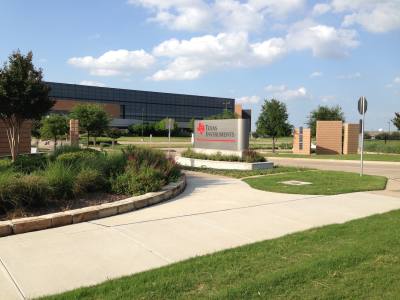 Richardson will see its single-largest corporate investment to date after Texas Instruments announced on April 18 plans to sink $3.2 billion into an expansion of its semiconductor chip-manufacturing facility.

The decision came after months of negotiations between Texas Instruments and local taxing entities, including the city of Richardson, Collin County, Collin College and Plano ISD.

“We’ve selected Richardson for our next [chip-fabrication facility] because of its access to talent, an existing supplier base and multiple airports, as well as operational efficiencies due to the close proximity of the new facility to our existing Richardson factory,” Kyle Flessner, senior vice president of Texas Instruments’ technology and manufacturing group, said in a recent press release.

A groundbreaking for the facility has not been determined, but the company said it will immediately begin building a parking garage to ready itself for an influx of new employees at the Richardson campus, a Texas Instruments spokesperson said.

Last October, City Council voted to amend its existing economic incentive agreement with Texas Instruments. The deal, formed when the company first brought its chip-manufacturing plant to Renner and Alma roads under the code name Project Emmitt in the early 2000s, reduced Texas Instruments’ property taxes by 75% over 10 years. That portion of the agreement expired in 2016; however, a 75% abatement of taxes related to the company’s business personal property—things such as computers, machinery or other movable goods—is still active.

The amended version abates taxes for both property and business personal property by 75 percent over the next 10 and 15 years, respectively, but only in relation to the 864,000-square-foot expansion.

Texas Instruments stands to save $214 million in city taxes over 15 years, Deputy City Manager Don Magner said. The company will also receive a $5.1 million grant from the state once it fulfills its staffing and investment commitments.

Other cities vying for the facility, including Singapore and Utica, New York, may have been able to offer more attractive incentives, but Richardson had history on its side, Mayor Paul Voelker said.

“They were impressed with how Project Emmitt was done … and how it easy it was to work with us,” Voelker said. “In Richardson we work at the speed of business, so we never want to be the thing that keeps an organization from moving ahead—they knew that going in.”

The city also offered a cascading strategy that will renew the company’s business personal property tax rebate every time  on-site technology is retooled—something city staff expects to happen about every three years over the 15-year agreement, Magner said.

This allows Texas Instruments to comfortably upgrade its systems while also doubling down on its investment in the city, Voelker said.

“As they evolve their technology over time, what looks like a $3 [billion]-$4 billion investment today, five to seven years from now they’re going to put in another $1 billion or $2 billion just to keep competitive in the marketplace,” he said.

WHAT’S IN IT FOR RICHARDSON?

Despite Texas Instruments’ tax cut, the city still stands to collect about $72 million in property tax revenue over the course of the agreement, Voelker said. On top of that, the expansion project will add 500-800 new jobs to its existing workforce of 1,600.

The expansion will also spark further development by companies with products or services that support the operations of Texas Instruments’, Voelker said.

“There are lots of trickle-down dollars from things like supply chain ecosystem expansions,” he said. “Companies that might be here to help deploy new technology may also office and invest here.”

The expansion will undoubtedly cause an increase in area property taxes, but at the same time it will provide some tax relief, Voelker said. Sixty percent of Richardson’s tax base is already supported by the corporate sector, and the expansion only serves to increase that share, Voelker said.

The facility is expected to have three to five retail spots that can be leased out for separate businesses underneath the self-storage units.

The Richardson ISD board of trustees approved a guaranteed maximum price of just over $6 million for the first phase of a planned expansion and renovation project at JJ Pearce High School during its June 7 meeting.