City Council approved a special permit for a new private school in Richardson on April 22.

A new private school within the existing Turkish Community Center on East Collins Boulevard was greenlighted by Richardson City Council on April 22.

The Texas Horizon Academy will be located at 1416 E. Collins Blvd. The facility has been occupied by Turkish American nonprofit the Raindrop Foundation since 2008.

The mission of the foundation is to promote understanding between Turkish and American cultures by providing easy access to educational, charitable, social and cultural services, such as cuisine, art and language classes, according to its website.

The private school would occupy about 3,000 square feet within the 24,100-square-foot center and would include three classrooms. The permit allows for a maximum of 35 middle school students in grades six through eight; however, applicant Maruf Celebi said the facility will start with only two sections of eighth grade in its first year.

Celebi has six months to acquire a certificate of occupancy for the facility.
SHARE THIS STORY 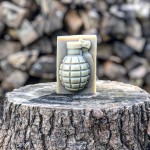 The company's mission is to make CBD products affordable and accessible to former service members.

The county is allowing curbside voting and late ballots for certain residents due to the coronavirus pandemic.

The business employs a crew of woodworkers and expert craftsmen.