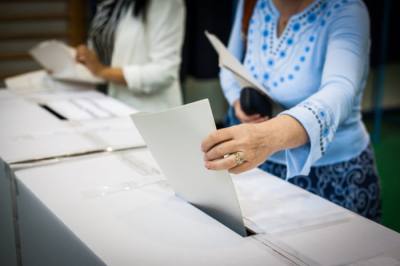 Jason Clarke is seeking election to the Richardson City Council Place 1 seat that is currently occupied by incumbent Bob Dubey. If successful, this will be the first time Clarke has held elective office.

Community Impact Newspaper sent Clarke a set of questions about his candidacy. His answers have been edited for publication style.


Why did you decide to run for this office?

It’s very simple: I have a vision for Richardson. I want to help Richardson become a city that is welcoming to all people. And I believe that when we welcome others and connect with each other, our city will embody the kind of community spirit that makes a city greater than any single attraction within it. We have people from all over the world, yet most of us live in our silos. And in our silos we deprive each other of this kind of real community—the kind of community and spirit that is a bit intangible yet completely attainable. This kind of spirit is the reason we all have a favorite city. Sure, that city may be connected to a beach or a mountain. But there are countless cities with beaches and mountains. We love that certain city because it offers much more than activities or scenery. It's the way such a city brings together its people. That’s why we love it. Richardson can be that. But we have to usher in a completely new way of seeing our people and our space.

For the past 10 years I have led a nonprofit that has a mission to see refugees and immigrants become peacemakers and advocates within and for their own communities. Along with my wife we have lived among refugees and have traveled and lived for short stints throughout the Middle East, Africa and Europe. I was on the border of Lebanon and Syria when the first refugees began to flee. We have spent much time listening and learning from Israelis and Palestinians working toward peace in their homeland. And we have seen thousands of people work to learn a new language and totally new system in order to rebuild their lives in the United States. We have not only worked closely with people from the world over but have also worked alongside civil society and government officials. I have worked on refugee policy and helped lawmakers in Austin and [Washington] D.C. understand complex issues when they were at the height of political debate. For the past two years I have advised major organizations in D.C. and at the [United Nations] on advocacy and strategy and have had the privilege of working closely with foreign diplomats on deeply divisive and complex issues that, if not handled carefully, would certainly led to war. I also own two businesses, which give me an understanding of meeting a bottom line and making decisions that affect not only my family, but the families of those who work for me.


What do you think is one of the biggest issues facing Richardson today, and how do you plan to address it if elected to City Council?

As a husband and father of three young children, I see the real lack of community, and the almost total deficit of public, communal space in our city being one of the larger issues that will help make or break Richardson as a place people want to be, especially when they have the choice to be anywhere. There is also the issue of affordable housing that is a real problem here. I would address the community space issue as I would most [issues]—by looking to the cities who have already done this well. These are complex and difficult issues, but they can all be solved. It’s a matter of political will and leadership. And ultimately it's a matter of vision.

Strategically, we should develop our economy both from outside sources – like incentivizing larger corporations and from within, by investing locally in ways that grow and develop industries that can become local to Richardson. We should look to innovative tech and creative communities and provide space and incentives to foster their growth and sustainability.

What else do you want voters to know about you?

I have five main initiatives that I would live to accomplish on City Council: 1. Become a welcoming city; 2. Protect the environment; 3. Prioritize locally owned and -operated businesses; 4. Transform our public spaces; and 5. Develop affordable, innovative housing. With that, I would like especially the longtime voters in Richardson to know that I am neither well-defined by Republican nor Democratic ideals. I simply believe Richardson can become the place we never want to leave.
SHARE THIS STORY

Richardson ISD’s Pre-K for All program is the foundation for all of the district’s academic offerings, according to Superintendent Jeannie Stone.