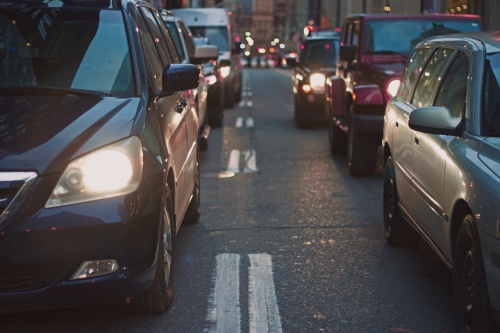 A portion of US 75 in Richardson could soon be renamed to honor the city's first police officer killed in the line of duty.

State Rep. Jeff Leach introduced legislation Dec. 20 that would rename a segment of the road as the Officer David Sherrard Memorial Highway. Sherrard, 37, was fatally shot on Feb. 7, 2018, while responding to a disturbance at an apartment complex.

"I am proud to file this important legislation honoring Richardson Police Officer David Sherrard, a true public servant who was tragically killed in the line of duty in House District 67," Leach stated in a news release. "My hope is that this memorial will bring a sense of joy to his family and honor and pride to his fellow officers who continue to serve us faithfully and courageously every day."

The bill proposes that the portion of the highway just south of the President George Bush Turnpike and north of the Lyndon B. Johnson Freeway would be named after Sherrard effective Sept. 1. A marker would be posted at each end of that stretch of highway, according to the bill.

"The renaming of U.S. 75 to the 'Officer David Sherrard Memorial Highway' is an honor that is justly deserved for our hero," his wife, Nicole Sherrard, stated in a news release. "While his absence from our lives will never be forgotten by our family and friends, this designation guarantees that for generations, people will remember Dave and the sacrifice he made for our community."

The bill will be considered after Texas Legislature convenes for the 2019 session on Jan. 8.