Downtown Plano to see adjustments to street and garage parking

All on-street parking downtown will have a three-hour limit at all times, with the exception of select one-hour spots. (Liesbeth Powers/Community Impact Newspaper)

Adjusted parking times are expected to go into effect in the coming months in downtown Plano.

Sign installation began in January after an ordinance amendment was approved by City Council members in a meeting Nov. 25, according to Clay Lipscomb, city engineering manager.

The ordinance will be signed and go into effect after all the signs have been installed, he said in an email March 4, and will likely happen in March or April.

All on-street parking downtown will have a three-hour limit at all times, with the exception of spots on K Avenue south of 15th Street, which will be one-hour spots. Nine spots in the garage at the corner of K and 14th will also be marked as one-hour spots, Lipscomb said. The remaining spaces in the K and 14th garage will be 3-hour parking from 5 a.m.-5 p.m., like other existing garage parking downtown.

These changes will largely affect parking along K Avenue and 14th Street, as three-hour parking at any time previously existed along 15th Street.
RELATED STORIES 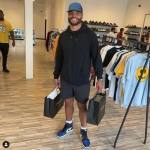