Parking and pedestrian traffic will be limited in areas of Arbor Hills Nature Preserve in Plano until spring 2021.

Construction of a new restroom near the existing bathrooms is also expected to begin the week of Oct. 5. Once completed next spring, it will replace the existing restrooms as the primary restrooms for the preserve. The existing ones will be converted into a family restroom.

Another project, aimed at controlling and stabilizing areas with erosion or deterioration, began at the preserve in September. The erosion-control projects include the construction of walls made out of varying materials, such as steel and brick, a trail overlook area and an underdrain structure. These additions are meant to keep pedestrians safe and reduce maintenance costs, a release from the city of Plano stated.

There are three main areas undergoing erosion-control projects, including Willow Creek, Arbor Hills Pedestrian Bridge and the parking lot at Arbor Hills. Any damage to those areas came from long-term rainfall runoff along creek banks, the city shared.

Certain trails and portions of the parking lot will be closed throughout these erosion projects, which are expected to be completed in early 2021. Alternate routes along trails as well as affected parking areas can be seen below. 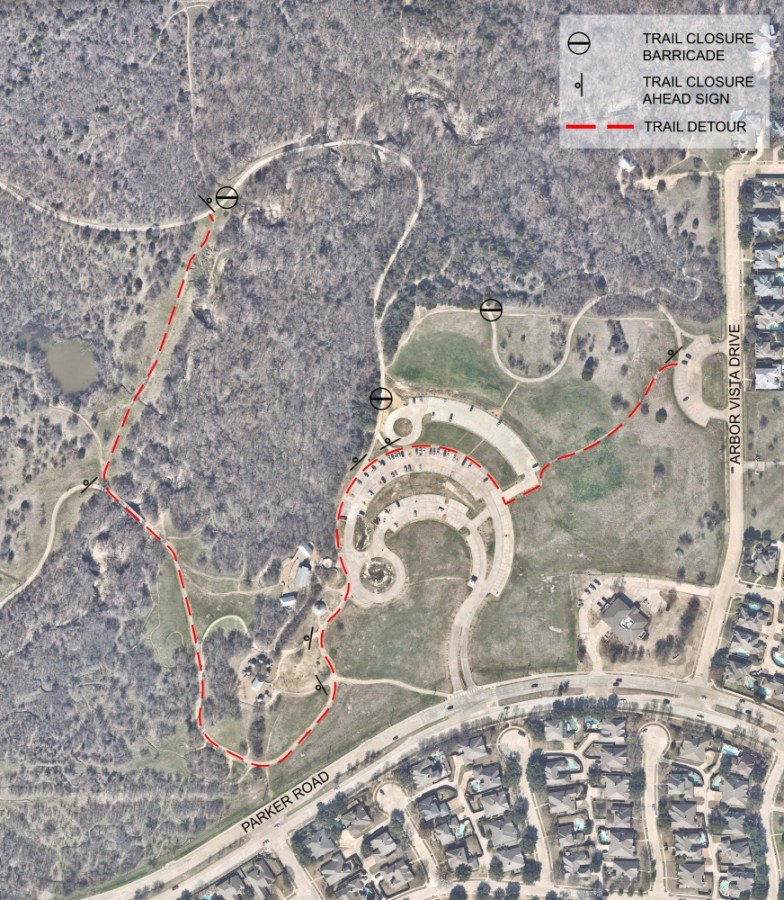