support local journalism become a community patron Community impact Newspaper's mission is to build communities of informed citizens and thriving businesses through the collaboration of a passionate team. Consider supporting our journalism efforts by becoming a Community Patron today.
Continue Reading contribute today
join us become a community member Community Members have access to our e-edition and can sign up for our daily e-newsletter
Already a Member? Sign in
sign up today
Impacts

Plano's Lt. Russell A. Steindam Park is open to the public after months of renovations, a Nov. 24 city press release shared.

Renovations include drainage improvements, a new trail connection, tree removal and replacement, and a new irrigation system for certain areas of the park.
RELATED STORIES

In addition to these renovations, an informational plaque was placed at the park to inform visitors about the Plano native and Congressional Medal of Honor recipient the park is named after. Steindam is Plano's only Medal of Honor recipient and died at 24 years old when he fell on a grenade to save his fellow soldier's life on the battlefield in Vietnam, the release said.

The park was built in 1986 and renamed in 1993, the release said.
Lt. Russel A. Steindam Park Plano Parks and Recreation Plano
SHARE THIS STORY 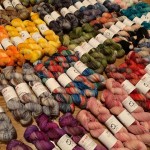