Marriott hotel in Plano's Shops at Legacy sells for over $100M 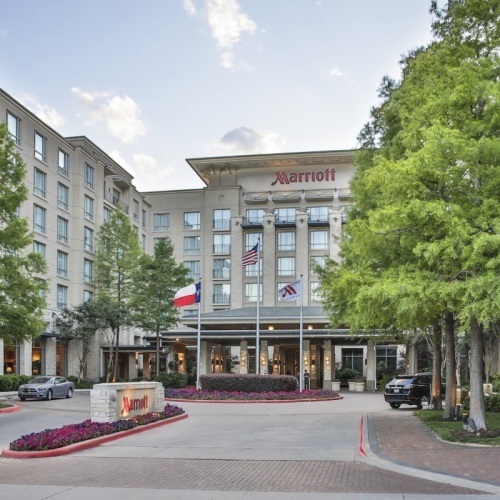 The company that owned the Marriott hotel at Plano's Shops at Legacy has sold the property for $104 million to a Pennsylvania-based developer.

The company that owned the Marriott hotel at Plano's Shops at Legacy has sold the property for $104 million to a Pennsylvania-based developer.

The sale of the 404-room Marriott at Legacy Town Center resulted in $16 million in net proceeds for Ashford Hospitality Prime after debt payoff and transaction costs, according to a company release on Wednesday.

“The Marriott Plano transaction is another significant step,” in redeveloping the company’s portfolio, Ashford Prime President and CEO Richard Stockton said in a statement.

He said in the statement one of the primary reasons for selling the hotel is the “new supply that will likely negatively impact Marriott Plano.”

The new owner of the property is Roch Capital, a Pennsylvania-based development and investment firm, according to Collin County deed records.

The hotel's new owner specializes in hotels, office buildings and multifamily developments, according to the Roch Capital website.

Representatives from Roch Capital did not immediately respond on Thursday to a request for comment.
SHARE THIS STORY