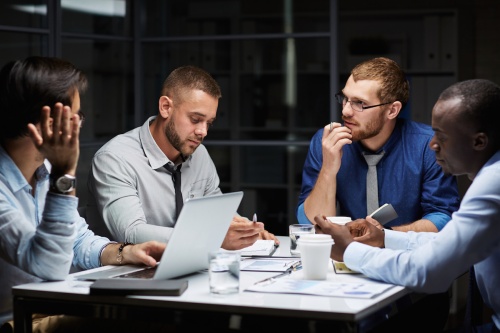 On Dec. 1 the new overtime regulations will be put into effect. This rule increases the salary threshold from $23,660 to $47,476 for executive, administrative and white collar workers. For Kyle and Maggie Gordon, owners of Dillas Primo Quesadillas at 2008 Midway Road, Plano, the new U.S. Department of Labor overtime rule creates a challenge for their growing business.

On Dec. 1 the new overtime regulations will be put into effect. This rule increases the salary threshold from $23,660 to $47,476 for executive, administrative and white collar workers. The new salary standard is the 40th percentile of earnings for full-time salaried workers in “the lowest-wage Census Region, currently the South,” according to the DOL. About 4.2 million workers will be impacted by this rule with 370,000 employees in Texas, according to the DOL.

The Gordons are opening a second location in Frisco this February and are looking to create an assistant general manager position. However, the new rule may slow down the hiring and training for this position.

“[The regulation is] not going to stop us,” Kyle said. “It’s just going to slow us down and that’s frustrating as a business because the whole point of business is to grow and provide more jobs and to provide more opportunities to the people who are working for you.”

An employee increasing from a pay rate of $10-$13 an hour to an assistant general manager position at $36,000 a year plus bonuses is reasonable, but increasing pay to $47,476 is a big jump, Kyle said.

“If they were at $36,000 then they could stay longer and they could get 50 [hours in] under the exempt rule,” Maggie said. “They would have been able to do that and get to a general manager position faster.”

At an Aug. 18 Plano Chamber of Commerce workshop, Dallas employment lawyers Kim Moore and Monica Velazquez of Strasburger & Price discussed how the new regulation will affect local businesses. Moore also serves as chair on the chamber's board of directors.

One consistent question asked referred to the DOL's 10 percent rule stating that bonuses and commissions may satisfy up to 10 percent of the new standard salary level. Moore said employers have to be careful with this rule to ensure employees are still meeting the standard salary on a quarterly basis.

"[They] still have to fit within the rules the Department of Labor has set out," she said.

Moore and Velazquez stressed the importance of preparing now for this new regulation. Both suggested auditing current exempt employee job positions based on salary ranges to decide which jobs would remain exempt and which would move to nonexempt. Once nonexempt employees are identified, employers then need to enforce timekeeping procedures, they said.

To abide by this rule employers have four options, according to the DOL:


Velazquez said employers need to prepare internally and should do a test run before Dec. 1.