Restauranteurs to welcome a dozen award-winning chefs to Legacy Hall 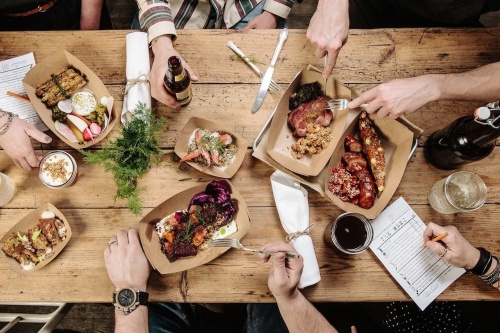 In about a year, Legacy Hall, which will be a European-style food hall, will open in Plano's Legacy West development.

Legacy Hall is the first of several projects to be developed by The Food Hall Company, which is founded by Dallas restauranteurs Randy DeWitt and Jack Gibbons. DeWitt and Gibbons also founded Velvet Taco, Whiskey Cake, Ida Claire, Mexican Sugar and Sixty Vines wine bar, which is set to open later this year. Legacy Hall will feature three stories of indoor and outdoor dining as well as live music.[/caption]

“Our vision for both Legacy Hall and our future food hall developments is to combine innovative cuisine and ... entertainment to create truly exceptional, regionally inspired culinary destinations,” said DeWitt in a news release. “We believe our backgrounds as multiunit restaurant concept developers and operators have uniquely positioned us to build a profitable business model that will be successful for all parties involved, [such as] aspiring restaurateurs, inventive chefs, real estate developers and our ultimate consumers.”

The 55,000-square-foot Legacy Hall will span three stories and will house more than 20 vendors who are expected to serve an array of fast-casual, artisanal foods in food stalls on the first floor. A fast-casual restaurant and terrace on the second floor will overlook a large live music stage and beer garden and an on-site craft brewery and taproom will comprise the third floor.

“Randy and I are recruiting the top restaurateurs and chefs from across the Dallas-Fort Worth Metroplex to be a part of Legacy Hall, which we custom-designed to be a one-of-a-kind food destination that also features a full-service craft brewery,” Gibbons said in the news release. “It will be a family-friendly gathering place with live music and a fun, energetic vibe that will draw food lovers from all across the region.”

Several award-winning chefs have already announced commitments to open a food stall at Legacy Hall, including: