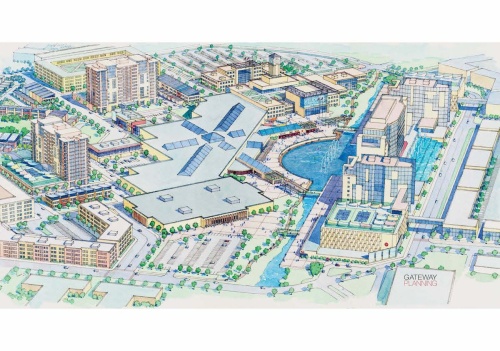 Redevelopment efforts to save an ailing Plano mall are underway as part of a planned $1 billion investment to convert the southeast Plano properties into a multi-use development with multifamily residential, retail and entertainment projects.

Ware confirmed he has acquired about half of the 100 acres he is eyeing at Collin Creek Mall, leaving him four more parcels left to purchase.

The city is not part of the negotiations between property owners, said Peter Braster, director of special projects for the city. But developers could require the approval of the city's Planning and Zoning Commission and Plano City Council to make way for some of the more ambitious plans, including those with multifamily residential components.

“Most likely, if they’re going to do mixed-use, the property would need to be rezoned,” Braster said.

Similar redevelopment efforts that require rezoning have faced hurdles at the city level in recent months, such as the Mustang Square development off Sam Rayburn Tollway, which failed to receive a requested zoning change from Plano City Council.

With two new apartment-skeptical voices on the City Council in Anthony Ricciardelli and Rick Smith, who were elected in the June runoffs, Dreien might face similar roadblocks in its efforts to receive the necessary rezoning approval.

Ware said he anticipates the mall project to cost between $1 billion and $1.6 billion.

Multiple vendors at Collin Creek Mall have recently left the property, including retail giant Macy’s, which shuttered its doors at the end of March. Ware, whose company specializes in revitalizing existing properties, said he plans on investing money in the mall to improve its cosmetics and aesthetics while retaining the existing tenants.