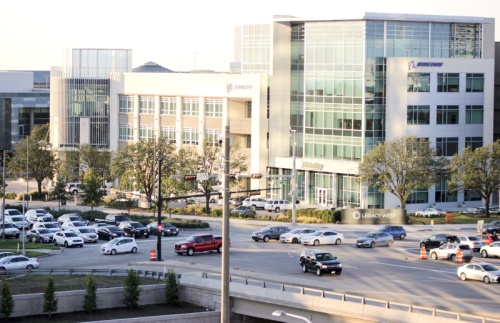 Four new office towers ranging from 12 to 25 stories tall could be the next big project in Plano's Legacy West corridor.

Plano City Council is expected to consider a zoning change for the office project at its June 24 meeting. Planning and zoning commissioners approved the request June 17.

Dallas-based developer Trammell Crow Co. is spearheading the project, which will initially include parking garages and office towers of 25, 22 and 12 stories in height southwest of where Legacy Drive meets Communications Parkway. A fourth, 12-story tower is planned for a later phase of construction.

A spokesperson for Trammell Crow declined to comment on the timeline for the project. A site plan filed with the city shows the first three towers would be positioned along Legacy Drive, across the street from the city's planned Bruce Glasscock Park in Legacy West.
SHARE THIS STORY