Boutique retail and more: What's in store for Plano's Collin Creek Mall if a developer's plan is approved 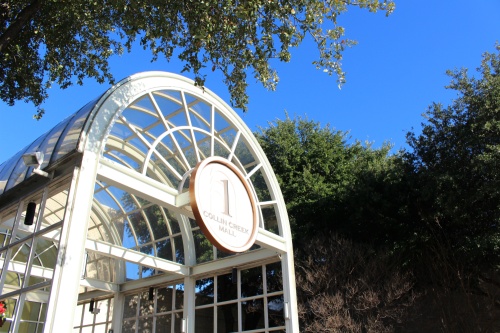 A developer’s plans to revamp Plano’s struggling Collin Creek Mall would fill out the property with a broad base of housing units, tear down the existing anchor stores and remake the main body of the mall into a boutique retail destination, according to documents filed with the city and an interview with the developer.

The concept plan, submitted to the city on Dec. 27, offers the public its first look at what Farmers Branch-based developer Centurion American plans to do with the properties it purchased last month. Parking lots surrounding the mall’s main structure would be filled in with two 15-story office buildings, a movie theater, a hotel and music venue and a mix of housing units and city park space, plans show.

“What makes these old sites work is the density of residential [units], and the people on site that can, on a day-to-day basis, go to Starbucks, go to the restaurants,” Centurion American President Mehrdad Moayedi said. “We’ve got a lot of things that need a constant customer base, and you can’t expect people to do that during the week unless they live there.”

Moayedi said he plans to heavily renovate the interior area of the existing mall and fill it with high-end boutique retailers. He added he hopes to attract these retailers in the early stages by offering to assume part of the risk of renting.

The residential communities in the plan are expected to include a variety of single-family homes and townhouses on the west side of the mall, with a handful of urban-style apartment buildings located immediately around the central building. Most of the parking would be located in underground facilities, Moayedi said.

On the east side of the mall building, Moayedi plans to replace the building currently occupied by Amazing Jake’s entertainment venue with a 10-story hotel that is expected to include a music venue and rooftop bar. Two office buildings as tall as 15 stories each could also be built on the east side of the property.

Moayedi said the J.C. Penney store, and possibly other parts of the mall, will remain open during the renovation project. He said his company is in negotiations to potentially move the Plano-based retail giant's Collin Creek Mall store into a new, one-story building planned south of the mall.

As for the rest of the mall’s existing tenants, Moayedi said he is unsure what the future holds as the plans go through the city’s approval process.

“We’re going to honor all the leases according to their contracts,” Moayedi said. “We haven’t gotten that far yet to know if we can transition them to a portion of the mall, keep them open and then transition them back on this side. Also with all the construction, I don’t know what type of traffic they would get.”

Although details of the concept plan are not finalized, Moayedi said he does not expect wholesale revisions in the coming weeks.