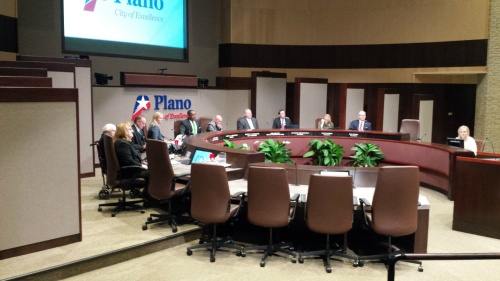 After a monthslong dispute that resulted in thousands of petition signatures and a lawsuit, an election to recall Plano City Council Member Tom Harrison will no longer take place.

A judge ruled Tuesday that the number of signatures on a petition needed to trigger a recall election for Harrison was not enough, according to a city news release.

State District Judge Mark Rusch ruled that the city secretary approved the petition signature totals based on 30 percent of the total number of people who voted in 2015, rather than the most recent election year, according to the news release.

The council set the recall election date for Nov. 6 after a group of Plano residents gathered more than 4,400 valid signatures supporting the effort. Harrison argued that if the city used the turnout from the most recent election, instead of the one from his initial election year in 2015, the petition would have needed more than 8,000 signatures to succeed.

Harrison initially came under fire in February, when Harrison shared a video that depicted students wearing hijabs while working at their classroom desks with the caption, “Share if you think Trump should ban Islam in American schools.” The video spurred a round of public criticism, including from Mayor Harry LaRosiliere and all of Harrison’s fellow council members.

Harrison in February posted an apology for the original post.

“My intent on inputting this on my personal Facebook page was to emphasize that Christianity is not the only religion being targeted for exclusion in our public school,” Harrison wrote at the time in reference to the video he shared. “It was not meant as a personal attack against the Islamic faith.”

This story will continue to be updated as more information becomes available.