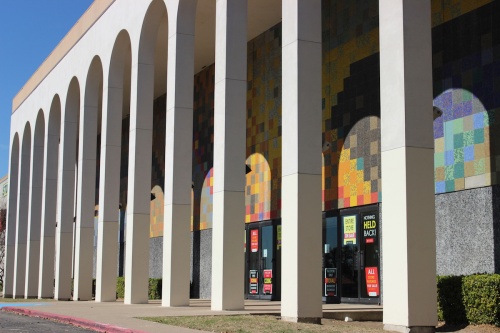 A key property owner at Plano’s ailing Collin Creek Mall says it has removed itself from formal talks to sell the property, a setback for the developer who had emerged as the sole buyer moving to redevelop the mall.

Spokesperson Chris Barry of National Retail Properties, which owns the portion of the mall that houses indoor entertainment venue Amazing Jake's, confirmed on Wednesday that the company failed to reach a final agreement with developer Sam Ware’s Dreien Opportunity Partners before the timeline outlined in the initial purchase agreement expired.

Tenants of the property were notified of the missed deadline on Wednesday in a letter from Dallas-based commercial real estate company CBRE, which manages the property.

“As you have likely heard, the sale of the Collin Creek Mall was not completed pursuant to the timeline required in the original purchase and sale agreement,” reads the letter, a copy of which was obtained by Community Impact Newspaper. “As a result, ownership is providing the opportunity to purchase the Mall to numerous additional parties who have expressed interest in buying the Mall.”

National Retail Properties denied the management company’s claim that the company's portion of the mall would soon be listed again. The company does not have immediate plans to offer the property to other buyers, Barry said.

“It’s not our intent to market it again,” Barry said. “It comes back to our ownership and the status quo.”

Ware, the interested developer, had outlined ambitious plans for the mall that would include a teardown of portions of the main structure and redevelopment throughout the property with mixed-use concepts.

Ware said on Wednesday that he is pursuing five Collin Creek Mall properties with different owners whose interests do not always align in negotiations. He described the five-pronged negotiation process as "very complex and bothersome," made more difficult because the sellers are working individually, rather than in tandem.

Throughout the negotiation process, Ware has remained optimistic that his company would close on the final property sales, going so far as to say on March 5 that he was confident the sale would be completed by March 9.

The negotiation process, however, continued to stretch on for weeks.

"These are very complex transactions, when there are multiple sellers,” Ware wrote in an email on April 2. “It is an amazing puzzle of pricing, egos, emotions, reporting, and livelihoods.”

Ten days later, as talks continued, Ware told Community Impact Newspaper he remained near to closing the sale, and that he was “never pulling out.” Some of the mall’s multiple property owners were under extreme pressure from their own shareholders to book profits, he said, further complicating an already complex transaction.

National Retail Properties declined to comment further on the negotiations. CBRE did not reply to requests for comment.

Editor's note: This story has been updated to include comments from developer Sam Ware.