Plano to document architecture of Collinwood House, an early step toward planned removal 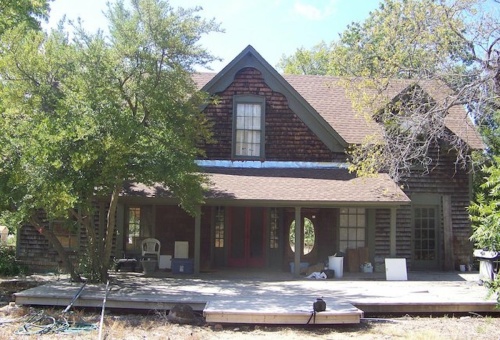 Plano City Council voted Sept. 25 to approve an approximately $80,000 expenditure that would serve as an early step toward removal of Plano's Collinwood House.

The city of Plano will survey the Collinwood House and document its architectural and historical features in one of the first steps toward removing one of the city's oldest buildings to make way for a public park.

Plano City Council on Monday approved an $82,145 expenditure for Quimby McCoy Preservation Architecture to provide architectural services related to the removal of the Collinwood House from its current site, which is located generally southeast of where Windhaven Parkway meets Willow Bend Drive. Deputy City Manager Mark Israelson said none of the funding approved at Monday's council meeting would be used for the physical dismantling of the building.

The contract approved Monday would include "preparation of plans, specifications, bid documents and construction administration for removal of the Collinwood House and Outbuilding," according to a memo prepared by city staff.

The building was the subject of a May 6 bond referendum to renovate the structure and turn it into a historic destination, but the measure failed to secure a majority of Plano voters' support.

Before the May election, city officials had said they planned to demolish the building if voters did not approve the proposed bond funding.

A city committee established to discuss the issue has left open the possibility of relocating the entire structure, Plano Parks and Recreation Director Robin Reeves told council members. The contract would not preclude the city considering privately funded preservation plans, either, he said.

This contract would take approximately 10 months to complete, Reeves said.
SHARE THIS STORY