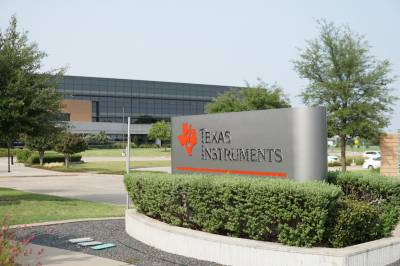 Technology and electronics company Texas Instruments is eyeing a North Richardson manufacturing facility for a potential $3.2 billion expansion project that could begin as soon as next year, the company said on Tuesday.

Nicole Bernard, a spokesperson for the Dallas-based technology company, confirmed the Richardson location is one of several sites the company is considering as it looks to increase its manufacturing capacity. The company did not disclose the other potential locations.

“Our strategy has long been to ensure we have capacity ahead of demand to support our customers’ growth,” Bernard wrote in an email. “I can confirm we have started researching multiple locations for our next wafer [fabrication facility], and Richardson is one candidate being considered. This is one step in a strategic decision process, allowing us to keep our options open without yet committing to a particular site location.”

Details about the company’s plans surfaced after it submitted an application for a 10-year tax agreement with Plano ISD that would save the company $100 million in property taxes over the span of a decade, according to documents that were reviewed Tuesday by the school district’s board of trustees.

The greatest share of the $3.2 billion in investments the company outlined in its application consisted of $2.7 billion in “tangible personal property,” a category that includes items such as computers, machinery or other movable goods. Another $500 million in investment would be designated for new buildings or other non-removable improvements to the property.

The board of trustees voted to accept the application at Tuesday's meeting. Plano ISD Chief Financial Officer Randy McDowell said the board's acceptance of the application was only one step in its approval process.

"From this point on, [the application]  would be sent to the comptroller, they would go through their checks and balances and processes, they would eventually certify," McDowell said at the meeting. "If they do certify, negotiations would take place on the agreement, and it would come back for your consideration at a later date."

The tax agreement reviewed by trustees Tuesday would require the company to pay PISD property taxes for maintenance and operations on only $100 million of property each year for a decade starting in 2023. During that time, the property’s taxable value is expected to grow from $329 million to $1.2 billion.

The project would also bring an estimated 650 new jobs to Richardson by 2030, according to the application, 25 of which would earn a $117,589 annual salary.

Texas Instruments said in its application that it could begin construction on the property in 2019, with commercial operations beginning in the first quarter of 2022.

"[Texas Instruments] has been a longtime corporate resident in Richardson and is one of the strongest anchors in our Telecom Corridor area," Sowell wrote in an email to Community Impact Newspaper. "Our attributes are optimal in helping us to attract clean, tech-based industries and we are proud whenever we hear that those businesses are looking to continue to grow in our community."

Editor's note: This story has been updated to include comments from the city of Richardson.
SHARE THIS STORY

The business will offer a drive-thru, 25 flavors of Texas-style iced tea, Yeti products and snack items.

The city's population has grown by more than 20% since 2010, according to decennial census data released Sept. 16.