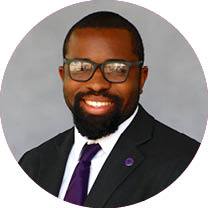 Hotel Occupancy Tax collections are on the rise in Plano after a downturn in 2020 and 2021 due to the COVID-19 pandemic.

“I can think of no better way to celebrate and recognize our recovery from the pandemic than safely coming together as a community for both the Plano Balloon Festival and Plano International Festival,” Plano Chamber of Commerce President and CEO Kelle Marsalis said via email. “Companies of all sizes support our citizens and workforce through these festivals and the chamber is thrilled for the organizers ...and the businesses who are able to utilize the opportunity.”

A major indicator of tourism activity is HOT collection, which is a 13% tax levied on hotel room costs. Once collected, 6% of that rate goes to the state, while the remaining 7% is kept by the city, Visit Plano Executive Director Mark Thompson said.

Thompson said Visit Plano’s ultimate goal is for tourism-generated revenue to take the pressure off of taxpayers.

“Would Plano have as nice of a symphony as we have if it weren’t for visitors or as nice of a downtown area? We need those visitors to come in to see the balloon festival,” Thompson said.

Since the balloon festival spans four days, Thompson said it will bring in overnight visitors such as the pilots and devotees who want to be there for the daily lighting and liftoff of the balloons.

After flooding washed out the event in 2018 and the COVID-19 pandemic canceled it in 2020 and 2021, this year’s H-E-B/Central Market Plano Balloon Festival on Sept. 22-25 at Oak Point Park will be the second time the event has been held since 2017.

“This is a signature event for the city and our area,” festival Executive Director Jo Via said. “The only event that’s really larger than this ... is the state fair, and so it was hard not to do it [in those years]. But it was also the right decision to be made at the time.”

Via said this year’s festival will feature around 30 balloons with some in special shapes as well as food and merchandise vendors providing items ranging from turkey legs and funnel cakes to jewelry and cowboy hats.

In addition to overnight visitors, Thompson said the balloon and international festivals also draw day visitors within a 50-mile radius of Plano.

“They may buy some gasoline here, go to a grocery store while they’re here, and go to one or two restaurants and then turn around and go home,” he said. “They do have an economic impact on the community, but they’re not being counted in that occupancy tax because they’re not renting a hotel room.”

These festivals also provide organizations the chance to meet attendees. Local nonprofits can provide a service or offer volunteers, Via said. Organizations that wish to showcase products or services can invest in the event by purchasing booth space.

“They are there to showcase their agency and to capture some of the [event’s] revenue, which is a percent of what we provide,” Via said.

Volunteers with local nonprofit Plano International Festival Corp. are estimated to spend around 3,400 hours each year to put on the multicultural festival, which began in 2006. This year’s free event Oct. 15 is slated to begin with an outdoor naturalization ceremony led by the U.S. Department of Homeland Security, Festival President Graciela Katzer said.

“It’s a very moving part of the festival because it will be 50-75 new candidates that will become new [American] citizens that represent many different countries,” Katzer said.

The festival will also offer attendees the opportunity to take in fashion shows, artistic performances, taste food and more attractions from around the world. The event will feature a Wellness Fair and Fitzone, which will offer free flu shots, stress exercises for children, eye exams and more.

“Our goal is to make sure that the festival represents exactly in attendance the demographic that we have in North Texas,” Katzer said. “More than 100 cultures are represented.”

Thompson said the international festival and the balloon festival are fairly unique to Plano, so each event can help draw in tourists to the city.

“It’s hard to put a value on a visitor that comes in [for] one event because they come back several times,” he said. “Everybody starts as a visitor, and from there, they may end up coming to be a resident or a company owner.”

Beyond the annual festivals, Plano hotels are usually filled during the week with visitors of the various corporate headquarters in the city, Thompson said. Toyota Motor North America has its headquarters in Plano, and there are also regional headquarters for Liberty Mutual Insurance and more.

“One of the things that really kept us going [during the beginning of the pandemic] is the city’s foresight to have the sports facilities that we have,” Thompson said. “Traditionally, youth sports is kind of recession proof.”

In addition to baseball and soccer fields as well as basketball and tennis courts, Thompson said Plano appeals to fans of the English-born sport cricket with more fields to play it than anyone else in the southwestern U.S.

For those looking for less strenuous activities, options include shopping and nightlife areas such as Legacy West, the Downtown Plano Arts District and The Shops at Legacy.

Comedy club The Plano House of Comedy opened at The Shops at Legacy last year. It hosts a mix of local comics and touring headliners, such as Paul Mecurio. The actor and comedian, who also hosts the podcast “Inside Out with Paul Mecurio,” played the club on Aug. 18-20. He called the club a great room with an audience that had a respect for the art form of standup comedy.

During his time in the city, Mecurio said he got the sense that Plano’s population has grown rapidly as he met transplants from all over the U.S.

“I would definitely come back and would recommend the club [to other comics],” he said.

William joined Community Impact Newspaper in December 2019. He covered the cities of Plano, Richardson, Frisco and McKinney as a reporter and editor before becoming managing editor. Prior to joining CI, William served as a reporter and an editor at a number of daily, weekly and monthly publications in Texas and his native state of Louisiana.