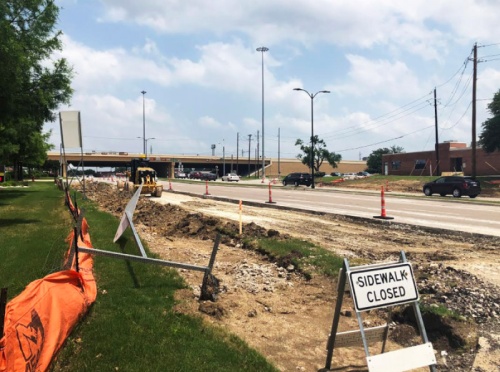 The completion date for construction on Virginia Parkway has been delayed from June to August.

Construction on Virginia Parkway has been underway since March 2017 to expand the roadway from four-lanes to six-lanes between Ridge Road and US 75.

Final stages of the project have begun, including paving from Randy Lee Lane to US 75, driveway reconstruction, new signal equipment at Virginia and Randy Lee and the completion of work on Wilson Creek Bridge.

In April, the project's completion date was pegged for June, but was then pushed to July in May. Now city staff said it will likely be completed in August due to weather delays and franchise utility conflicts.

Virginia is expected to be substantially complete and open to traffic in August.

Other transportation projects can be found here.