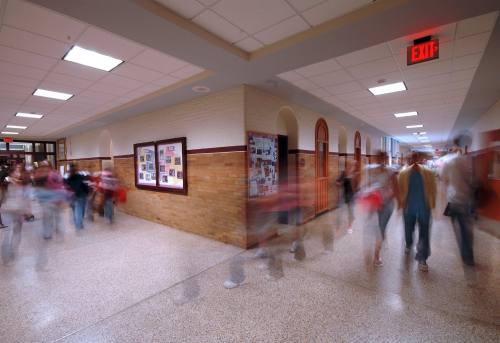 A new program would allow full-time staff with concealed handgun licenses to volunteer as school marshals and respond to active shooter situations.

Collin College could have armed school marshals on its campuses as soon as next fall following the Texas Commission on Law Enforcement’s approval of the college’s proposed school marshal program in July.

Collin College’s board of trustees voted 5-4 to authorize the program in January, making it the first community college in Texas to do so.

The state passed Senate Bill 386 in 2015, which allows public two-year junior colleges to opt into the program.

The program allows full-time staff with concealed handgun licenses to volunteer as school marshals and respond to active shooter situations.

“This is not adding guns to the campus; the guns are already here,” Matkin said.

He said the college’s school marshal program is a response to Senate Bill 11, which was passed by the Texas Legislature to allow concealed carry on public universities and colleges in 2016 and community colleges in 2017.

“In a world where I have no choice where Senate Bill 11 put guns on my campus, this is making lemonade out of lemons,” Matkin said.

The board will receive a draft of recommended policies and materials for the program in October, Matkin said. Next steps will be taken by the college’s Organization, Education, and Policy Committee. A call for volunteers could begin in late December or early January.

Collin College will identify interested volunteers and select some to go through psychological profiles—measured by the Texas Commission on Law Enforcement—and a minimum of 80 hours of training, though Matkin said the college may require up to double the hours.

The college’s screening process for volunteers will go beyond what is required by law, said Bill Taylor, Collin College’s chief of police. For each volunteer, the college will conduct a background investigation, medical examination, drug screening and fingerprint check—similar to how the Collin College’s police officers are screened.

“We’re going to keep that same standard for our school marshals,” Taylor said.

“If something were to happen, we want [the school marshals] and the police officers to know each other and reduce the likelihood of someone being harmed that shouldn’t be,” he said.

Volunteers will receive training in physical and campus security, use of force, active shooter response and weapon proficiency, according to the Texas Commission on Law Enforcement.

Matkin said the program will have “very minimal” liability. School marshals can only use frangible ammunition, which Matkin said is designed to shatter upon impact rather than cause potential death.

“It’s designed to put someone down and render them incapacitated and [prevent them] from doing further harm,” he said.

This ammunition minimizes risk of accidental harm that could be created through ricocheting ammunition or misfires, according to the Texas Association of School Boards.

Under state law, K-12 schools in Texas can also opt into the program.

Matkin said there has been confusion about differing laws governing K-12 versus community college campuses.

Collin College will work with public relations and student government to create a better understanding for community members, Matkin said.

“We haven’t done our job to educate them the way we should,” Matkin said. “And we’re going to do a better job of it.”