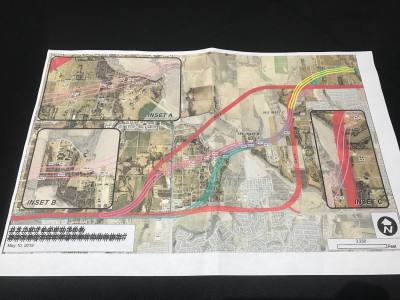 The city of McKinney continues to look at alternatives to relieve congestion on US 380, this time without building a limited-access roadway. This comes two weeks after the Texas Department of Transportation announced its recommended bypass for US 380.

US 380 is a state highway, and TxDOT officials will select the best option for the roadway. City officials were hesitant to select a preferred alignment during the early stages of the process. Since TxDOT's announcement the city has introduced other options, including three new alignments.

Mayor George Fuller posted on Facebook May 22 that he, city staff and City Council are looking at expanding future planned arterials to eight lanes and adding one lane in each direction of US 380. This plan would also limit future additional intersections and use smarter traffic light programming and increased ingress and egress lanes, according to the post.

"The option the mayor is talking about is a very reasonable option," Brian Wilson, communications supervisor for the North Central Texas Council of Governments, said in an email.

Fuller said he is in conversations with the TxDOT and the NCTCOG "about the ability to satisfy our current and future mobility needs without an LAR [limited-access roadway]," according to the post.

"Examination and modeling of this alternative to any LAR, other than the Outer Loop—approximately 5 miles north of [US] 380—is currently being considered," Fuller wrote.

On May 14, Fuller presented three alignment options for US 380 during a town hall meeting.

The town hall took place a week after TxDOT officials held public hearings about its recommended alignment for US 380 through Collin County. TxDOT officials said all viable options will be considered during the environmental study.

Collin County Commissioners have also weighed in on the roadway options. Commissioners approved a resolution supporting the development of US 380 as a limited-access roadway along the existing highway May 7.