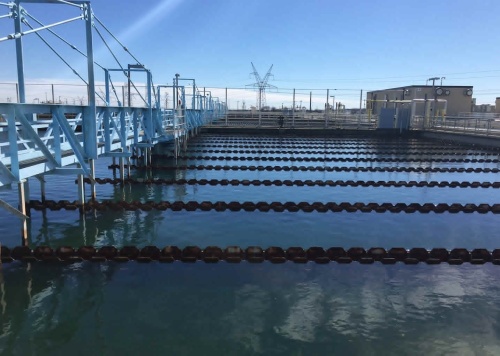 The North Texas Municipal Water District board of directors approved a new budget methodology that would save member cities 14 cents on wholesale water rates.

Editor's note: A previous version of this article named Bois d'Arc Lake Lower Bois d'Arc Lake. The article has also been updated to clarify the 10-year rate forecast and the 90 percent of total member cities highest annual use that will be used in the fiscal year 2018-19 NTMWD budget.

Since 2001 the North Texas Municipal Water District has increased its water rates every year. According to previous rate projections by the district, fiscal year 2018-19 rates were expected to increase by 28 cents per 1,000 gallons for member cities, including the cities of McKinney, Frisco, Plano and Richardson, but instead the rate will only increase 14 cents after a recent board vote.

“As the cities are setting their retail rates each year [for residents] a lot of the cities have been passing the increase from the district onto the [residents],” NTMWD Director of Finance Rodney Rhoades told Community Impact Newspaper. “So, the retail customer will see less of an increase [this year], in theory.”

Cities will decide individually whether cost savings will be passed onto residents. This will be included in the city’s fiscal year budgets.

The NTMWD's budget method change accounts for recent trends in water use and refined execution of the district’s capital improvement projects, such as the Bois d’Arc Lake, the official name given to the reservoir in Fannin County that will be the first to be constructed in the state in the past 30 years, said Janet Rummel, public relations and communications officer for the NTMWD.

“We’ve had a decade in swings in weather conditions, whether that be drought and watering restrictions or really wet weather also contributes to people using less water,” she said. “We have to plan our operations—a portion of the budget—based on what we believe we are going to need to expend to treat that certain amount of water [projected].”

Traditionally the operations portion of the budget was planned using 100 percent of the cities' historical highest annual use, Rummel said. With the new budget change the NTMWD will allocate 90 percent of the member cities total historical highest annual use, or minimum cost, in the operations portion of the budget.

Since FY 2006-07 member cities collectively have used 71-93 percent of the highest historical usage in the past, according to data from the NTMWD.

“We feel like we can, moving forward with this next year and potentially in future years, be able to budget less than those total minimum amounts,” Rummel said.

During FY 2017-18 six member cities—including McKinney and Frisco—went over their contractual minimums rate, which means the city’s minimums will be reset this year.

Budget changes will be reviewed each year based on historical trends, Rhoades said. The water district is looking to create a 10-year rate forecast for member cities with a 1 percent escalation factor on the variable costs for the first five years and a steady 95 percent for the remaining five years.

The budget change does not affect the lawsuit before the Public Utility Commission of Texas as the case is related to water rates and supply contracts between the NTMWD and member cities of Plano, Garland, Mesquite and Richardson, Rummel said in an email.

“The change in the budget method is related only to how the [NTMWD] calculates the total annual budget based on projected costs for operations and the capital program,” Rummel said in an email. “The case before the PUC is related to the system cost allocation among the cities we serve, which is tied to the water supply contracts. These are two separate issues.”