The Denton County Transportation Authority board of directors received an update on the public transit service at its Sept. 23 meeting.

There have been some glitches, according to staff. But those have been addressed as they arise, resulting in a generally successful launch, according to Javier Trilla, DCTA’s assistant vice president of innovation and technology.

GoZone replaces much of DCTA’s fixed bus route service in Lewisville and Denton as well as some of its other on-demand services in the county. Buses will continue to run simultaneously with the GoZone service through at least Dec. 5. The DCTA board is expected to decide at a later date whether to extend bus service beyond that.

Two of DCTA’s busiest bus routes that serve the University of North Texas campus in Denton will continue beyond that expiration date for at least another three months.

DCTA gets a majority of its funds from a half-cent sales tax from its three member cities, Lewisville, Highland Village and Denton. The first year of GoZone service will cost DCTA no more than $5.3 million. Because DCTA is charged only for rides given, the final cost will depend on usage.

GoZone allows people to request rides through a mobile app to any location within Highland Village or designated parts of Lewisville. The board voted Sept. 23 to include the Castle Hills community in its service area starting in January. GoZone also offers rides in a separate designated zone in Denton.

Lewisville Mayor TJ Gilmore, who is also a DCTA board member, said he is using the GoZone service all month to get to meetings and do other city business.

"It's been an outstanding couple of weeks," Gilmore told the board.

GoZone delivered nearly 870 rides one day earlier in the week, marking the highest daily ridership so far, according to Trilla.

The average time for pickup once a ride is requested is 10 minutes, according to the presentation to the board. The average trip is 3.6 miles. And the average distance that a rider must walk to be picked up by a GoZone vehicle is 125.6 feet.

Among the 20% of riders who filed out a survey about their experience, they gave the service an average rating of 4.75 out of 5, according to the report.

The goal, according to DCTA chair Chris Watts, is “to improve the opportunity of citizens to have public transportation in a way that really benefits their lives.”

For details on how to use the service, visit www.dctagozone.net.

The dots on the map below show the pickup locations for GoZone trips in its service areas between Sept. 7 and Sept. 17. 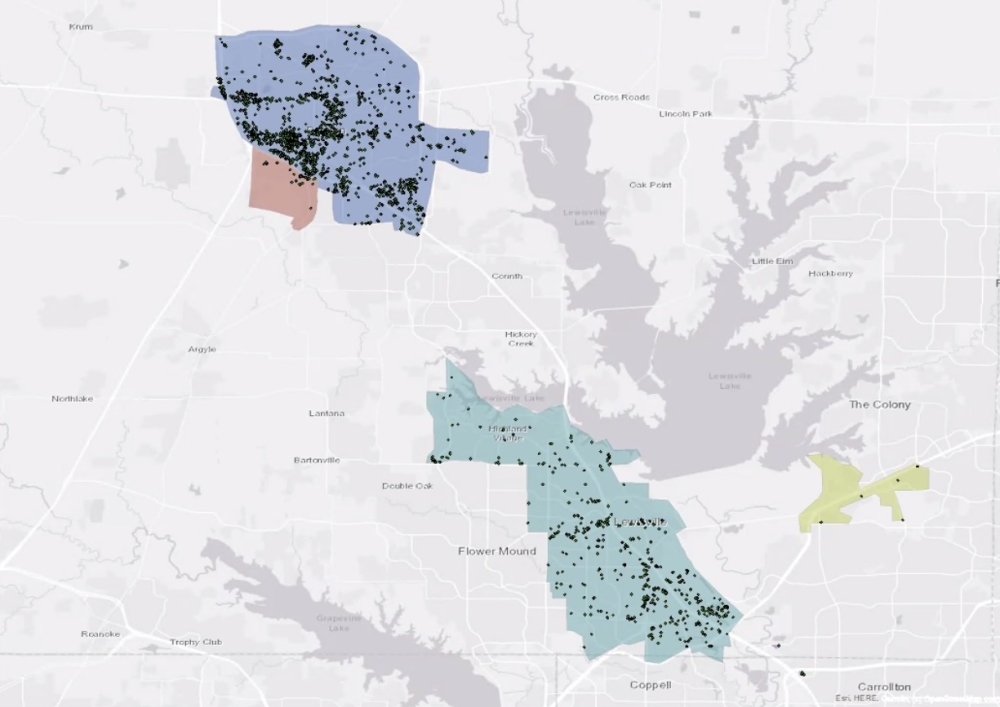