Officials broke ground June 30 on Lakeside Village, a 35-acre mixed-use development in Flower Mound along the edge of Grapevine Lake, west of Lakeside Parkway. The $1.5 billion development will include a mix of retail, restaurants, offices, possibly three hotels and residential areas.

Sunset Legacy LP, a partnership between the Peter P. Stewart family of Dallas and Realty Capital of Irving, is developing the area.

Lakeside Village will also follow the vision of Peter P. Stewart, who purchased the land more than 45 years ago. He died in 2018.

“He always envisioned this property as having tall buildings,” his son, Peter B. Stewart, said at the groundbreaking.

The property is expected to have up to five towers as well as lofts over retail spaces and villas for residential living.
RELATED STORIES

• CoServ annual meeting to be virtual this year

• Denton County strongly recommends but will not require face masks

The tall buildings will give residents and those who work in the area views of the preserved area of nature by Grapevine Lake, Realty Capital Managing Director Jimmy Archie said. The development also includes plans for a 16-mile bike and hike trail as well as an amphitheater.

“The vision is to create a place that lifts the spirits by a celebration of nature,” Stewart said. “Man and nature can coexist if mutual respect is paramount.”

The project is expected to take several years to be fully built out, with construction of the main infrastructure taking roughly a year, as previously reported by Community Impact Newspaper.

Editor's note: This post has been corrected to show that the development is located on Lakeside Parkway. In addition, Peter B. Stewart is president of Sunset Legacy, the landowner.
Lakeside Village Flower Mound Sunset Legacy LP Peter P. Stewart Realty Capital
SHARE THIS STORY

Denton County is seeking volunteers—including people with and without medical backgrounds—to assist with vaccine administration as officials look to scale up their inoculation efforts in the coming weeks.

With the commission’s approval on Jan. 25, the specific-use permit will now advance to Town Council for consideration. 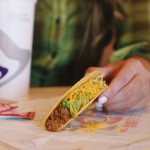 The fast-food restaurant offers staples such as tacos, burritos, quesadillas and nachos.

P.F. Chang's To Go to open in Flower Mound

“Asian has always been a go-to takeout cuisine and off-premise dining is a model where P.F. Chang’s shows its strength, which has allowed us to continue to meet consumer demand for elevated Asian cuisine in an easily-accessible way,” P.F. Chang's CEO Damola Adamolekun said.