Voters prepare for local elections on May 1

Voters in Keller, Roanoke and Northeast Fort Worth will head to the polls May 1 to elect new city council and school board members.

The ballot includes mayoral races for Roanoke and Fort Worth, city council races for all three cities and school board races for Keller ISD and Northwest ISD.

“The president, the national elections ... have more appeal, and they get a lot of coverage, but it’s the local ones ... Those are the people that affect your life every day,” said Peggy Hendon, president of the Tarrant County League of Women Voters.

The voter’s job is to decide who among the candidates will best represent their interests, but understanding the role of elected officials is key.

Keller, Roanoke and Fort Worth are all run through a council-manager form of government. Under that system, officials are responsible for setting priorities, but daily tasks are delegated to the city manager and staff.

“[Council members] rely on [staff] to run the day-to-day operation, and we rely heavily on them to give us some direction,” Roanoke City Manager Scott Campbell said.

Keller Mayor Armin Mizani illustrated the difference between elected officials and city staffers with a comparison to a private company: A city manager is like the CEO, and city council is like the board of directors, he said. The mayor is equivalent to a chairman.

“Everybody has their strengths and weaknesses, and I think the true sign of an effective leader is someone who is able to take everybody’s unique strain and put that towards a collaborative effort,” he said.

The exact responsibilities attributed to council members, the mayor and the city manager are enumerated in each city’s charter. Charters can be amended through citywide referendums.

The responsibilities of the mayor and council members include hiring and removing a city manager, adopting a city budget, adopting city ordinances, appointing members to city boards and commissions, and setting city priorities. City managers are responsible for hiring and removing city employees, preparing an annual budget for council review and managing daily operations.

“Most of it comes down to great communication between your staff and your city council,” Campbell said.

Rusty Fuller is the president of the North Fort Worth Alliance, a grassroots organization comprising several homeowners associations. Ahead of the May election, the NFWA has been hosting candidate forums. Fuller said he has been puzzled by the low turnout he has seen.

“Unfortunately, city and school board elections are the worst for turnout, [but they are where your] vote makes the most difference,” he said.

Local elected officials set property tax rates, decide how budget money is allocated and have a say in what developments and businesses come to the community, among other duties.

Though local elections typically generate low voter turnout, Mizani and Campbell both said they believe November’s momentum will carry into the May elections.

“As a community in Keller, we’ve become a lot more engaged, we’re more aware of what the issues are,” Mizani said.

Fuller encouraged residents to reach out to their locally elected officials to voice their concerns and to take time to research each candidate. 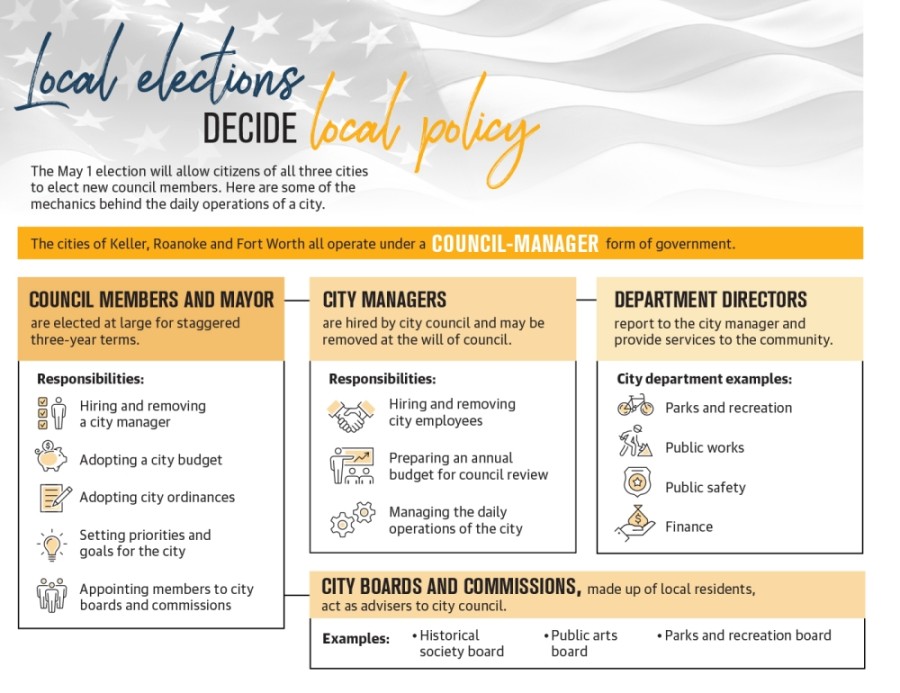 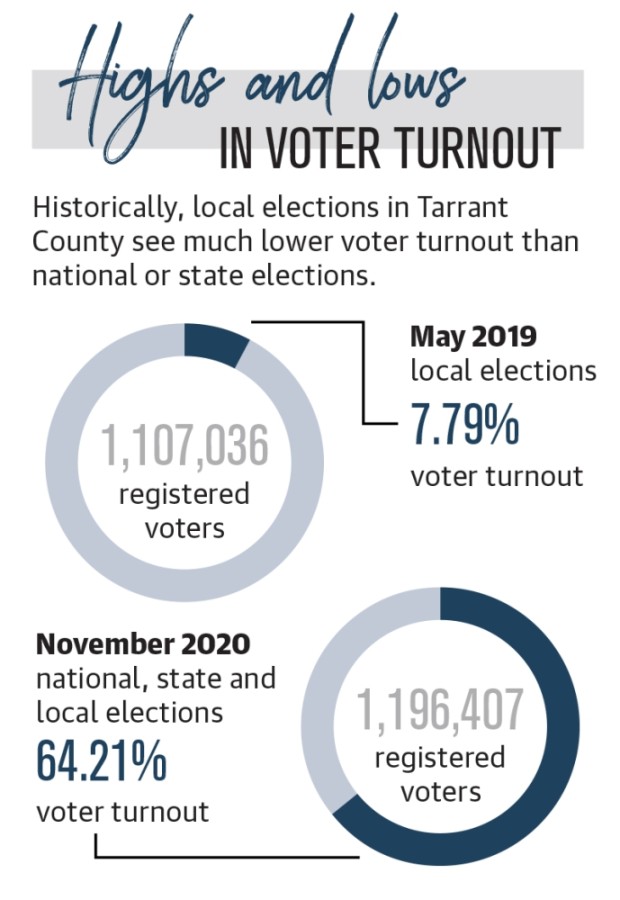