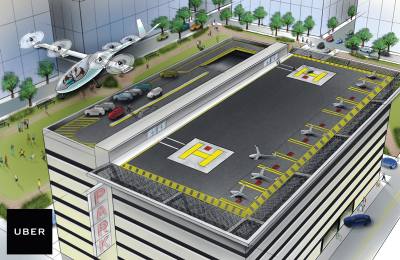 What happened
The city’s engineering department is working on an Intelligent Traffic Signal Systems master plan that will identify projects needed over the next three to five years. The city was also awarded a grant to pilot an adaptive signal control system at five intersection traffic signals. The system allows the signal controllers at the intersection to adjust their signal timing instantaneously.

Hillwood Properties has also partnered with Uber to develop a hub that will transport customers in a small aircraft to their destination, known as Uber Elevate.

What’s next
The adaptive signal control system is expected to be installed in early 2018 and will be tested for 12 months. According to the city, the system to share traffic signal data will help provide a foundation for the transition into autonomous vehicles in the future.

Uber Elevate is expected to launch in 2023.