Frisco confirmed on July 24 that a fifth mosquito pool in the city had tested positive for West Nile Virus. (Courtesy Adobe Stock)

Frisco will spray for mosquitoes on the nights of July 25-26 near Cottonwood Creek Greenbelt after a fifth local mosquito pool tested positive for West Nile Virus.

A third-party contractor will spray a designated area in the Shaddock Creek Estates neighborhood, which is west of Legacy Drive and south of West Eldorado Parkway. The Cottonwood Creek Greenbelt is two miles of trails and wetlands east of Teel Parkway and north of Main Street. 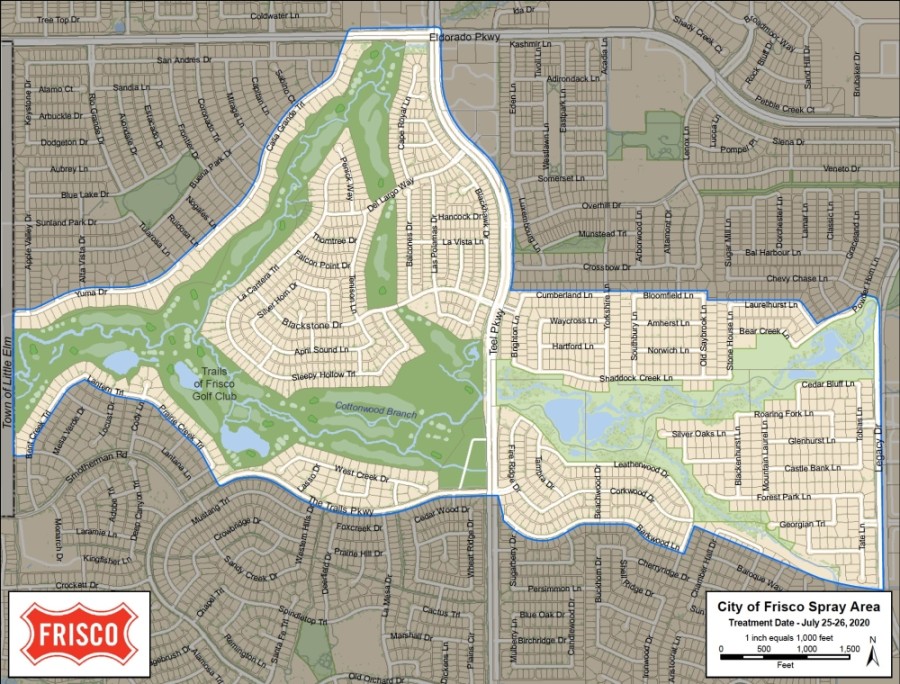 The treatment is slated to begin at 9 p.m. July 25 and continue until 5 a.m. July 26. The spraying will then repeat for the same hours that evening and into the morning of July 27.

The city previously sprayed for mosquitos around the Cottonwood Creek Greenbelt area July 11-12 after a fourth mosquito pool tested positive for West Nile Virus in the city. That area was also the location of the second positive test reported on June 5.