Parents and children participate in one of the libraryu2019s storytime sessions.

Frisco’s only library is a busy place. The library had 651,002 visits in 2018, which is three times more than the number of people who live in Frisco.

The number of visits and library memberships are growing with Frisco’s population, but the library is constrained to its 50,000-square-foot space within Frisco City Hall that was completed in 2006. The need for more space is one reason a $62 million bond proposition is on the May ballot.

The proposal recommends moving the library to the Beal Building, a location less than a mile south of City Hall that houses the Frisco Discovery Center and GEA, a food processing technology supplier. The move would give the library more than twice the amount of space, allow it to expand its collection and prevent the library from losing its accreditation.

“We’re about half of the square footage we should be for the size of the population we serve,” Library Director Shelley Holley said.

The Frisco Public Library is accredited through the Texas State Library and Archives Commission, which requires accredited libraries to have at least one item available for checkout per capita, among other requirements. The Frisco Public Library currently has 1.24 items per resident. Holley said the library will lose its accreditation—and, therefore, its eligibility for grants—within a few years unless its collection can grow.

“We, in fact, cannot fit the collection size that’s required in the current space as the population grows,” Holley said.

The library’s goal under its master plan is to have 1.52 items for checkout per resident, meaning the current collection would need to add nearly 55,000 items.

On average, the library has between 30 percent and 50 percent of its collection checked out at any given time, making it difficult for visitors to find what they want, Holley said.

Before recommending the library’s move, the Citizen Bond Committee explored three options to provide more space: expanding within City Hall, building a new library or relocating to an existing building.

A 2015 bond approved by voters called for expanding the library within City Hall. When the committee re-evaluated that option, the cost to expand the library had increased, and the extra space would no longer be enough to meet the needs in the future, committee chairwoman Shanna Keaveny said.

So the group looked at alternatives and found that moving the library to an existing city-owned building was the least expensive option, Keaveny said.

City staff preferred the Beal Building, located at Cotton Gin Road and the Dallas North Tollway, as the location for moving the library. Owned by the Frisco Community Development Corp., the building includes a space that would be large enough for the library’s needs. That space is currently leased by GEA.

GEA Vice President of Finance Bryon Stricker previously told Community Impact Newspaper that GEA would have two years’ notice if the city decides to take over its space.

Holley said the city also looked into having more smaller library branches, not including the microlibrary set to open next year at Stonebriar Centre. The problem is that most residents want all of the services the library currently offers at all the branch locations. That would require more staff and end up being more expensive than having one central location, she said.

Holley said she is not sure what would happen if the bond proposition fails because the other options to expand the library are too expensive.

The $62 million in the proposed bond is not just for moving a library, Holley said; other costs are associated with a move. The Beal Building would need to be refurbished with the proper insulation and technology, and there are also plans to build a second story within the space, she said.

“Libraries are highly technical locations,” Holley said. “The amount of data and power you have to build into the infrastructure for a library is significant because most people expect to be able to connect.”

One of the reasons the Beal Building is ideal is that the foundation is strong enough to support a library, Holley said. Library foundations need to support more weight than an average office building, said John Scheef, co-founder of Scheef & Stone, a law firm with a specialization in construction.

“In a normal office building, you just have people and furniture, whereas in a library you’re going to have a shelf of books that may go up 8 feet,” he said. “It’s just common sense—you have more weight per square foot, so you have to have a stronger structure.”

The Beal Building was constructed in 1997 to build rockets, so the foundation is more than capable of holding books, Holley said.

Relocating the library could have a domino effect that would result in giving other city offices more room,
Keaveny said.

“It’s the puzzle piece to the larger fixes,” she said.

The 2015 bond proposition was intended to expand City Hall so the municipal courts could move from downtown and city staff could have more office space. If the library moves out of City Hall, other city offices could move into the library’s space, and the municipal courts could occupy the building that currently is the Senior Center at Frisco Square. A new senior center is under construction next to Frisco Commons Park and is expected to be completed later this year.

“I wish there was a way on the ballot to describe what the library [bond] was and say, ‘And if you do this, all these other things happen, too,’” Keaveny said. “But unfortunately the bond language can only tell you what that exact bond is being used for.”

Holley said the library is already a forward-thinking, modern place. But a larger space would provide more opportunities to encourage innovation,
she said.

“With more space, the opportunity [changes] to expand and offer the services we know people want that we’ve had to say no to,” she said. “The services they would expect from a 21st Century library are now more of an option.”
SHARE THIS STORY

In late November, Nizar Bhulani and Frank Kesh bought seven Sylvan Learning locations in the Dallas-Fort Worth area, including one in Frisco.

Hotworx is opening up a new Frisco location at the intersection of FM 423 and Stonebrook Parkway in west Frisco.

The first show is one of 14 youth productions scheduled for 2021. 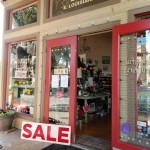 Wishful Thinking will be closing in McKinney on Jan. 24 and moving to Painted Tree Marketplace in Frisco.