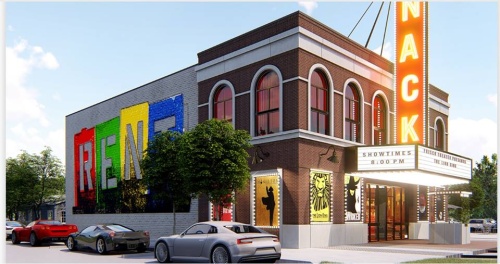 Nack Theater could break ground with six months in The Rail District.

This week, Nack Development closed on a construction loan with Texas Bank & Trust to build a community theater in the heart of old downtown Frisco, or The Rail District.

The theater, which will be called Nack Theater, will be 4,900 square feet with balcony seating, a concession area in the lobby and a total of 206 seats. The theater will be home to the North Texas Performing Arts’ Frisco Youth Theatre, which will be located on the southeast corner of Second and Oak streets.

“Every solid old town has a theater for performing arts,” Churchman said. “I was approached by folks in the arts community to help them find a space, but the more I talked to them the more it made sense to build a theater.”

Churchman said the theater will feature “throwback architecture” to make it look more like a historical community theater. Aside from performances by the Frisco Youth Theatre, the theater will host improv and comedy nights as well as dinner theater.

Nack Development is also working on several projects within The Rail District that include shopping, office space and residential.