Richardson ISD officials announced Oct. 8 a plan to request size waivers for nearly 20% of kindergarten through fourth-grade classrooms in the district.

The number of waivers requested is up slightly from last year. In school year 2018-19, the district requested 120 waivers for classes at 26 schools. This year, RISD is asking the state to grant waivers for 133 classrooms at 34 schools.

The campuses with the most waivers requested include Mohawk, Richardson Terrace and Carolyn Bukhair, according to district documents.

Oftentimes, waivers requested represent class sections just one child over the required ratio, said Brenda Payne, assistant superintendent of administrative services. Only a handful represent campuses that have elected to increase their class size to 24 students, which is the absolute maximum, she added.

One of those campuses is Mohawk Elementary School, located in the Reservation neighborhood. Assistant Superintendent Sandra Hayes said she will meet with a parent focus group at Mohawk in late October to discuss demographer projections and capacity plans moving forward.

A recent policy change that prioritizes keeping families together is driving the uptick in waivers, according to Superintendent Jeannie Stone.

In the past, RISD has opted to “overflow,” or move, students to a nearby school when a class exceeded the 22:1 student-teacher ratio required by the state. District policy now indicates a preference to go slightly over capacity in order to keep siblings together at their neighborhood school.

“The fact that we are going to 23 provides a lot of our families stability," Payne said.

The move to waivers as the preferred method for handling capacity problems has caused a decrease in the number of overflows, according Payne. Last year, the district overflowed 347 students. That number has dropped to 289 in school year 2019-20, she said.

Also represented in the overflow figure are students who moved because their sibling was overflowed; in other words, not every student included in last year's total was moved due to capacity issues, Payne said.


The Lesser of Three Evils

The district only has three options when addressing capacity issues, Stone said. It can overflow students, request a waiver or shift attendance boundaries.

Asking the state to grant waivers is perceived by many officials as the least disruptive option for students, said Deputy Superintendent Tabitha Branum.

"If possible, let's keep them at their home school, where they have relationships, where we won't introduce one more opportunity for mobility and regression," she said.

Concerned about the negative affect large class sizes could have on teachers and students, trustee Karen Clardy asked if the district would consider placing an additional teacher's aid in classrooms that are over capacity.

"One or two [additional] students make a difference at these [grade] levels," she said.

Stone and Branum acknowledged that class size waivers are not ideal and may not work for the long term.

"We have challenges in capacity across the district," Stone said. "So at some point, we may have to look at, study and come up with solutions regarding capacity in our buildings."
SHARE THIS STORY 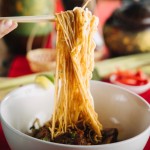