For owner of El Norte Mexican Grill in Plano, consistency is key 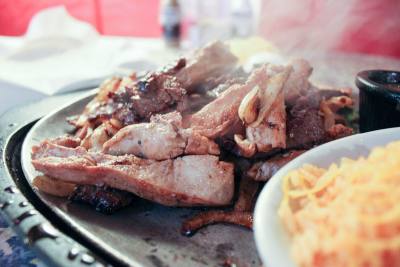 Mesquite-grilled fajitas ($15.50) These fajitas are served on a sizzling platter with sauteed onions and peppers, accompanied by the traditional fixings.

More than two decades ago, an experienced restaurant manager took the entrepreneurial plunge and started his own restaurant in Plano.

The Plano restaurant scene looked much different in those days. In the early days of Mark Ludwig’s Tex-Mex restaurant, he would serve employees from Frito-Lay Inc. and other Legacy-area corporations willing to drive as far east as Custer Road for lunch.

“This was the center of Plano when we opened,” Ludwig said. “This was the hub—the high-traffic, high-density area over here.”

That may no longer be the case, but as El Norte Mexican Grill approaches its 25th anniversary in April, Ludwig said he has been able to endure the rapid change of a bustling suburb by staying focused on the basics: good food, good service, cleanliness and value.

“I knew if we executed those [four things], we would get the business,” Ludwig said. “The downside to that is sometimes you can starve to death while you’re waiting for all that to happen.”

The word-of-mouth strategy was slow to produce results, but effective in the long run, Ludwig said. The owner, who manages the business with help from his wife, Debra, has also updated the menu frequently throughout the years to make sure it is stocked with successful items.

Seasonal and new items are featured on the front of the menu, with classic dishes on the inside.

Favorite menu items include traditional Tex-Mex staples, such as fajitas, and original items, like the Mama’s fish tacos dish that was inspired by an idea from Ludwig’s wife.

But through the years, Ludwig said no number of menu changes can replace the need for getting the basics right, day in and day out.

“Sometimes the cool factor just sticks with a place,” Ludwig said. “I’m not sure we’ve ever had that factor, but we make up for it just by serving good food consistently every day and giving good service.”
SHARE THIS STORY