From a blank slate to PGA tournaments: City leaders describe how Frisco got here and where it is going 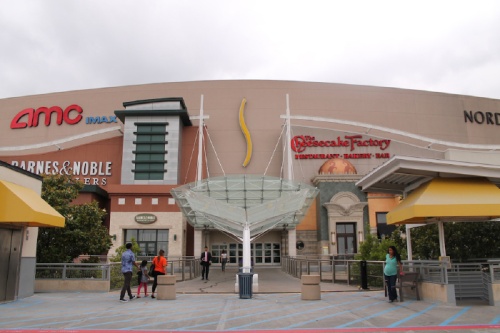 A Hyatt Regency hotel is planned to be built adjacent to and attach to Stonebriar Centre.

Stonebriar Centre is a bustling shopping destination with nearly 200 stores, a soon-to-be-added 85,000-square-foot KidZania and an 18-story Hyatt Regency hotel. But 25 years ago, it was just a plot of dirt.

"Back in our day, we were looking at a blank slate," said Bob Warren, who was mayor of Frisco in the early 1990s.

Another plot of dirt sits on the northern end of Frisco. In about 20 years, it will be the site of one of the largest golf tournaments on the grounds of Professional Golfers' Association of America's headquarters.

Former and current city leaders talked during a June 19 Frisco Chamber of Commerce luncheon about how much the city has changed and how they did not know what the future would bring.

Sam Roach, chairman of the first Frisco Economic Development Corp. board of directors, reminisced about how the city's first big economic development projects included building a sidewalk and a water line for local businesses.

"I had no idea what we were looking at down the road," he said. "It has far exceeded all my expectations." PGA of America will relocate to the Fields property in Frisco.[/caption]

Hunt Realty and Chief Partners purchased the 2,500-acre plot of land, known as Fields property, last year. A few months later, the PGA announced it would move its headquarters into the purchased land.

The PGA development will include golf courses and a resort hotel. It will also be the site of major championship tournaments.

"You go out and look at that property today, and there is nothing there," Frisco Mayor Jeff Cheney said. "In 2040, that part of town is going to be largely built out." The Fields property is twice the size of Dallas Love Field Airport, Hunt Realty President Chris Kleinert, who was also a panelist at the June 19 luncheon, said. Successfully developing a property that large will take years, he said.

"That has the potential to be a city within a city," he said. "That is not our goal. Why would we want to do anything to take away from the incredible city that feels like a town?"

Instead, Kleinert said his company is looking into how the development can complement Frisco. Frisco City Council and the Frisco Planning and Zoning Commission held a joint meeting June 17 to talk about initial plans for the property.

The panel credited several factors to Frisco's success. Council Member Will Sowell, who was also on the panel, pointed to The Star as a development that changed the way people viewed Frisco. Kleinert recognized Frisco ISD as a drawing point for families and businesses.

Cheney singled out City Manager George Purefoy, who has led the city since 1987.

As far as what is next for the city, Cheney ended the panel saying, "We are far from done."