Frisco ranks No. 1 as Money's best place to live 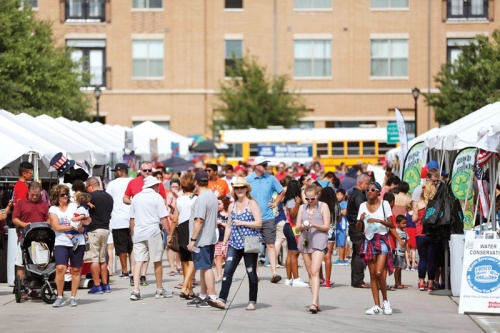 Frisco was ranked the No. 1 Best Place to Live by Money.

Money, published by Time, Inc., has ranked Frisco as No. 1 in its annual list of Best Places to Live.

The listing looks at any U.S. city with a population of more than 50,000 people and considers schools, flourishing economies, vibrant communities and low crime rates, according to Money.

The magazine states that Frisco has a "relatively low cost of living compared with its higher incomes and booming job growth."

"Certainly the residents that live here know what a great place it is to live and enjoy all those things," Frisco Mayor Jeff Cheney said. "To see the national attention and recognition for Frisco is really exciting. We've been trying to spread our message across the country, and people are certainly starting to take notice."

This is not the first No. 1 rating Frisco has received this year. In May, U.S. Census population estimates placed Frisco as the fastest-growing city in the country.