Plans revised for 2 office towers at Plano's Shops at Legacy 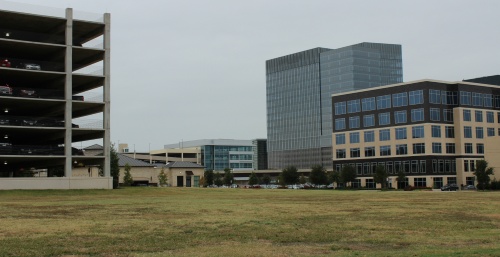 A set of grassy fields in the heart of The Shops at Legacy in Plano are the proposed sites for two new office towers.

The proposed office buildings, each offering more than 300,000 gross square feet of space, would be located generally southwest of the intersection of Ashmill Drive and Bishop Road in Plano.

Commissioners also signed off on plans for a Sam's Club building expansion near Spring Creek Parkway and K Avenue in east Plano's Oak Point area as well as a site plan for a proposed common area just north of the Liberty Mutual office project in progress at the city's burgeoning Legacy West development.