Another development planned for old downtown Frisco to include retail, restaurants, residential 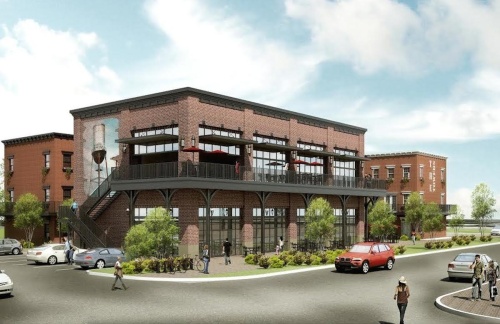 The Tower at The Rail is a new development being planned for old downtown Frisco.

Nack Development continues its vision to revitalize old downtown Frisco with another new project that will include retail, restaurants and residential.

In addition to their planned development, The Patios at The Rail, Nack Development has submitted another set of plans for a development called The Tower at The Rail. The development is planned for the southwest corner of Elm and Seventh streets, the former location of Frank’s Tires.

“We’re just trying to bring a sense of life to downtown Frisco,” Nack Development President Donny Churchman said. “Our No. 1 focus right now is to really have that pedestrian experience in downtown.”

The Tower at The Rail will encompass a two-story building in which the bottom floor will have retail shops and the top floor will have restaurants. There will also be eight luxury townhomes that will surround the building and share an open space.

Nack Development is set to present this project to the Frisco Planning and Zoning Commission this summer to ask the commission for approval to rezone the property from Old Town Commercial to Planned Development, which allows for townhomes.

If approved by the commission and City Council, Churchman said he is expecting to break ground on the project this fall.

The P&Z on April 11 approved a rezoning request for The Patios at The Rail at the southeast corner of S. County Road and Main Street.

The development, still needing approval from City Council, will include a three-story building that includes rooftop patios, a rooftop park, a reception hall and retail, restaurant and professional uses. A parking garage will also be a part of the development.