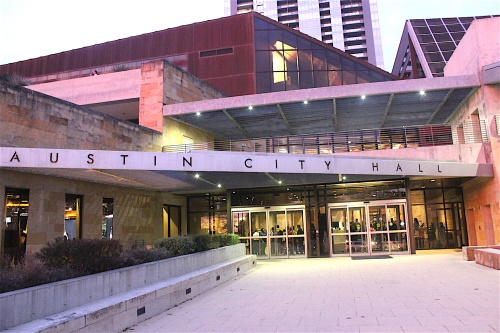 For the last five years, the city has been trying rewrite its land-development code—the rules around what can be built in the city and where. The comprehensive update of the 35-year-old land-use rules was recommended in Imagine Austin—the city’s 30-year comprehensive plan—to allow more housing types throughout Austin as one way of managing rapid population growth, which has heightened land demand and exponentially increased real estate prices. Such pressure is acutely felt in Central Austin neighborhoods where, due to the outdated land code, single-family homes dominate much of the landscape as the only housing type.

Beliefs in proper land use have drawn sharp political lines in Austin between two schools of thought. In one corner are those who believe single-family neighborhoods exclude much of the population and opening up the code will slow rapidly rising real estate prices and lead to more economic diversity.   In the other corner are those who want to preserve Austin’s legacy single-family neighborhoods and believe housing density should be placed elsewhere.

Adler and District 3 City Council Member Pio Renteria said they believe City Council can pass a code rewrite by the close of 2019, in part due to what Adler called a shift in ideology on the dais with the election of new council members Natasha Harper-Madison in District 1 and Paige Ellis in District 8.

“Natasha and Paige talk about these issues differently than [predecessors] Ora [Houston] and Ellen [Troxclair] did,” Adler said. “It will be interesting to see … whether it is easier to achieve a consensus.”

Although Adler said consensus is a goal for City Council, he said getting a code rewrite done now is more important than getting a near-unanimous vote.

Ellis said she supports housing density throughout the city, a stance that Troxclair never took outright. Harper-Madison, whose council campaign attracted endorsements from density-friendly groups, said she wants “affordability and accessibility” expanded in her East Austin district, but whether density is her solution remains to be seen. It is still a sharp contrast from her predecessor, Houston, who pushed back on density policies and formed a coalition with three other council members to fight for neighborhood preservation.

Renteria, who formed an opposing coalition last year with three council members to support housing density policies, said he did not like where CodeNEXT ended up last year.

However, Tovo, who joined Houston on the preservation caucus last year, said she could not imagine a process where City Council passes a code rewrite in 2019. Although District 5 Council Member Ann Kitchen said it would be good to get something approved, both council members said they would not support rushing the process.

“I think we will fail as a council and as a community if we attempt to pass something quickly,” Tovo said.