Apple Inc.'s new $1B investment will bring millions in new tax dollars to Round Rock ISD, Williamson County and Austin 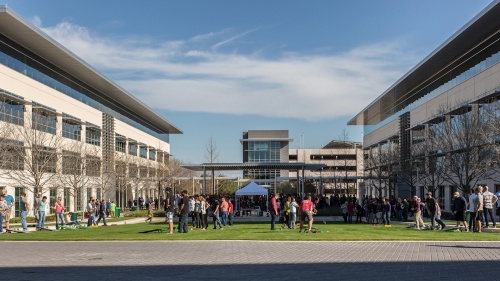 Apple Inc.'s new $1 billion investment in Williamson County could bring almost $20 million annually to the Williamson County taxing entities of the Northwest Austin development. An incentive agreement up for vote next week could lower a portion of what the county receives.

The project, announced early in the morning Dec. 13, is slated to bring 5,000 additional jobs and make Apple the largest employer in the Austin metro area.

On the heels of the failed attempt to get Amazon.com Inc.'s second headquarters, the announcement of Apple and the Army Futures Command will be game changers for the city of Austin, and Travis and Williamson counties, according to newly elected Williamson County Judge Bill Gravell, who takes office in January.

“For Williamson County, this takes a piece of property with an (agricultural) exemption that we get $78 annually for and will give us $4.5 million with two different taxes,” Gravell said in an interview Thursday morning.

Gravell said after the project is fully developed, Round Rock ISD would receive about $13 million per year in tax revenue; Emergency Services District No. 1 and Austin Community College would receive $1 million each, and Upper Brushy Creek WCID would get $200,000 annually. A message was left with city officials to determine how much Austin will receive in tax revenue.

The school district will gain the most from the new project.

“We could not be more excited about this expansion that will provide so many opportunities for the Round Rock Independent School District and our students,” RRISD Superintendent Steve Flores said in a release to Community Impact Newspaper.

Williamson County commissioners will vote on a proposed incentive package at its Dec. 18 meeting.

Gravell said he could not speak to the incentives being offered, but he said even with a hypothetical 60 percent waiver for 20 years, the county would still receive $1.8 million annually during the waiver time, compared to $78 now.

“It is a win for everybody,” Gravell said. “This is significant for Williamson County. A lot of credit goes to [Texas] Gov. [Greg] Abbott and his staff, the city of Austin and their economic development staff and [Cedar Park Economic Development Director] Ben White. He gets credit for this deal. It didn’t come to his city, but he made sure it landed in Williamson County. This is great for our economy.”
Kirby Killough contributed to this report.
SHARE THIS STORY