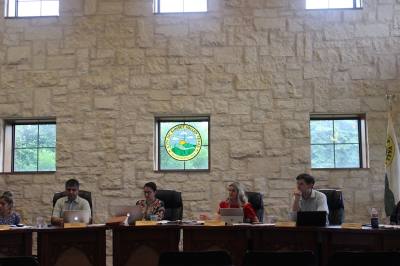 Sunset Valley City Council discussed a suggested timeline for their city administrator selection process at their May 7 public meeting.

Council will discuss semi-finalists for the position the week of June 17 and finalists the week of July 8, with plans for an offer to be extended by July 26. The new administrator would likely begin work in the fall of this year.

Sunset Valley’s began its search for a new city administrator began when former administrator Clay Collins announced his retirement in January. Plans for the selection process thus far have been fraught, with Strategic Government Resources, the consulting selected to lead the search, withdrawing itself from consideration. Council chose Chris Hartung Consulting to take over the search, although not without debate.

A search ad and position profile have already been posted by the city. While initial review of application materials will begin June 3, applications will continue to be accepted until the position is filled.
SHARE THIS STORY