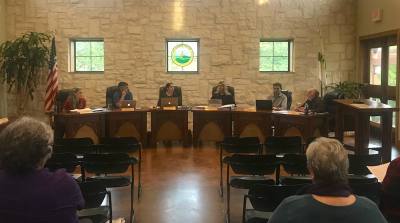 Although Sunset Valley City Council selected Strategic Government Resources to conduct its city administrator search March 5, SGR has since withdrawn its name from consideration from the job as contract details were being finalized.

Consultant Chris Hartung has a history working with the city. In 2017, Hartung led the city’s search for a new police chief, in which current Chief Lenn Carter was selected.

Hartung also attended a workshop in February about the job description for a new city administrator. Although he was invited to facilitate the discussion, some council members, including Phil Ellett, felt the session became “a sales pitch” for Hartung’s firm.

“I only know him from the one night, not what he did with the police chief, and my opinion of that night, which was a disaster, is that it did not advance the process,” said Ellett, who voted against the selection. “I’m taking a snapshot of a one-hour session when he charged us to be a commercial for him, and we got nothing out of it.”

Council Member Marc Bruner said he was not pleased with how the work session went but was comfortable giving Hartung a second chance due to his past track record with the city.

In referencing why SGA and one other firm chose to withdraw from consideration, Mayor Rose Cardona said feedback suggested potential candidates were not impressed with how council presented itself at recent meetings.

“Constructive criticism was a reminder to all of us that these meetings are recorded, and there are candidates watching us," she said. "Part of applying here and taking on this job is seeing how we work with staff, how we treat staff, how we work with one another, how we deliberate and communicate with the residents that are here."
SHARE THIS STORY