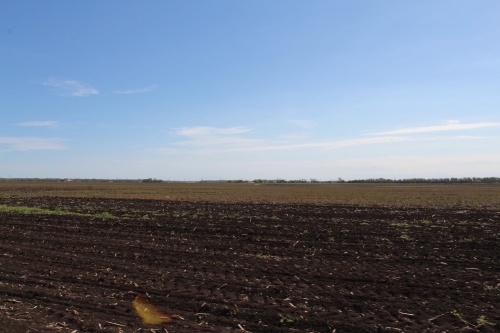 The SMART Terminal will be built

The fate of the San Marcos Air Rail and Truck Terminal, a rail-served industrial park proposed to be built along SH 80 and FM 1984, no longer hangs in the balance.

At its March 19 meeting, San Marcos City Council voted 6-1 on three items: to annex 734 acres of land slated for the development of the terminal, to zone the land for heavy industrial and to approve an economic incentive agreement that puts additional land use restrictions and environmental standards on the property.

City Council Member Joca Marquez was the sole vote against the development on all three votes.

The economic incentive agreement was negotiated in response to outcry from local residents who worried the project would worsen flooding in the area and pose a risk to the San Marcos River. Under the agreement, SMART Terminal developer Mike Schroeder is required to ensure that the entire development does not exceed 70 percent impervious cover, a reduction from the 80 percent normally allowed for heavy industrial-zoned properties.

The agreement prohibits several types of manufacturing typically allowed at heavy industrial developments and minimizes the maximum noise level allowed to be produced by the terminal. Additionally, Schroeder will be required to implement water quality and drainage measures that will bring the fully developed property’s runoff to 10 percent less than it is in its undeveloped state.

Katerra, SMART Terminal’s first tenant, is set to bring 542 full-time jobs with a minimum wage of $15 per hour. Mike Schroeder, the SMART Terminal developer, plans to bring 14 other companies—with industries ranging from distillery to food distribution and possibly electric-car assembly—to the terminal.

At full build-out and occupancy, the terminal could potentially bring hundreds of jobs to the area, all of which would be required to offer a $15 minimum wage if they want to enter into economic incentive agreements with the city.

Schroeder said he will invest $45 million in infrastructure for the project and will bring an estimated $3 billion-$4 billion in increased value to the property. In comparison, San Marcos, as a whole, has approximately $4.5 billion in taxable residential and commercial properties, according to the city.

Across the board, opponents of the annexation and rezoning of the property slated for the development of the project said they were opposed to the location of the SMART Terminal, not the terminal itself.

Since City Council and the San Marcos Planning and Zoning Commission first began to consider the proposal in December, residents who live close to the project said they were worried that a several-hundred-acre, heavy-industrial property could worsen flooding and traffic in the area and pose a pollution risk to the river, which is less than 2,000 feet away from the edge of the project.

“We would love to see this development come, but come to the correct place in San Marcos, which is along the I-35 corridor,” said Frank Parrot, president of opposition group SMARTER San Marcos. “If you foul the river, you won’t get it back. So there isn’t any success stories that I’m aware of where this has happened in the United States where a body of water has been polluted and then we’ve been able to restore it to its original condition. It just doesn’t happen.”

Mayor Pro Tem Lisa Prewitt said she respects that some residents came out to every meeting to voice their concerns about the SMART Terminal because it pushed the City Council and the developer to work together to ensure that the project will be safer.

“Thanks to all of you who have spoken to your concerns I believe this project has gotten much better,” Prewitt said. “I’m sorry that some of you are going to walk away this evening broken-hearted because I am going to support this development. I don’t think it’s going to hurt anybody, I think it’s going to be better for the environment at the end of the day than what is there right now, and I don’t say that lightly.”

Prewitt said the SMART Terminal, because of the economic stimulus it could bring to the region, has the potential to further the city’s goal of supporting workforce housing.

Dianne Wassenich, executive director of the San Marcos River Foundation, said the foundation does not oppose the SMART Terminal. She said the city of San Marcos has some of the strictest land development codes and flood regulations of the entire state, and that along with the economic incentive agreement, the SMART Terminal will be held to even stricter building standards.

“People just don’t understand what the regulations are going to do and how it is going to protect them,” Wassenich said. “We are grateful to you for being so diligent on working on going beyond those code regulations and doing so much more with your development agreement.”

Jordan Buckley, local resident and member of SMARTER San Marcos, said he doesn’t have enough faith in the development code to take the risk with such a large property so close to the river.

“People talk about the code being the saving grace for this project to be built in the floodplain,” Buckley said. “Is it smart to build in floodplains?”

Buckley said he believed it was wrong of the City Council to reschedule their vote to occur during spring break. The original vote was set to occur at a previous council meeting but was postponed at Katerra’s request so that the company’s lawyers could have more time to review the economic incentive agreement, according to city officials.

“I kind of thought, ‘Oh, we’re not going to fill these chairs because they scheduled it at Katerra’s request during spring break when students couldn’t speak out with that prophetic voice calling for protection of the environment,’” Buckley said. “And, nonetheless, these chairs are filled with people who oppose this project. I could only imagine if you guys would have held it when half of the town is actually here and especially the half of the town that cares a lot about environmental issues.”

Other prominent members of the community came to speak in support of the SMART Terminal including the San Marcos CISD superintendent and former Mayor John Thomaides, who read a letter in support of the development signed by the past six mayors of San Marcos.

“We support this annexation and rezoning with the utmost confidence that our new land development code, CODE SMTX, along with our improved environmental and flood mitigation requirements will be administered and the proper development rules will be applied and enforced,” Thomaides said. “If we really want to lift people out of a cycle of poverty, low wages, food insecurity and advance our affordable housing initiatives, isn’t a good paying job with benefits and healthcare the best way to accomplish this?”