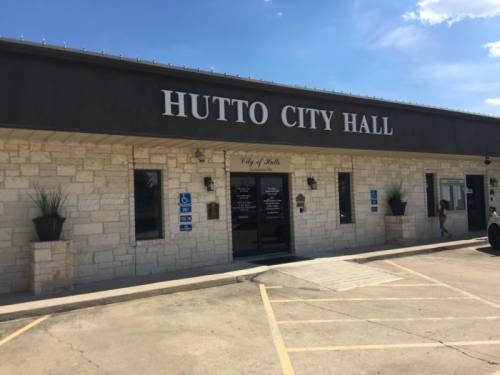 Hutto City Manager Odis Jones will stay in his role for the foreseeable future after city council renegotiated his contract Thursday night.

Updated July 23, 11:54 a.m.: The negotiated contract for Hutto City Manager Odis Jones included a annual base salary of $275,000, an increase of $80,000 from his previous base pay. Jones' contract also includes an annual three percent "cost of living" increase, which will increase his base pay by more than $8,000 each of the next three years.

The annual base pay awarded to Jones is higher than Round Rock City Manager Laurie Hadley's annual compensation of $210,000.

Austin City Manager Spencer Cronk, who was brought on in February, is being paid $325,000 this year in base compensation.

Jones' base compensation is similar to a handful of cities across Texas, according to data compiled by the Texas City Management Association, or TCMA.

The city managers for Arlington, Grand Prarie, Irving, Lubbock, Richardson and San Marcos all earn an annual base compensation that is within $20,000 to Jones' $275,000 annual pay, according to the TCMA figures.

San Marcos and Hutto are the only cities among that group with a population under 100,000 in 2018, according to U.S. Census Bureau figures.

Read the contract in full here:

The new contract was announced coming out of executive session at Thursday's regularly scheduled city council meeting. Jones' new contract does not contain language for term, per the city manager.

Jones was recently announced as one of four finalists for the city manager position at Aurora, Colorado — a suburb of Denver with a population of more than 350,000. Jones and the other candidates for the position were interviewed July 14.

The city manager said the town reached out to show support after the announcement was made that he was interviewing for the position in Colorado.

"My office was bombarded with calls not only from local businesses, but also by residents who showed up on the front door to say, 'We don’t want you to go,'" Jones said.

In his time at the city, Jones has secured several large economic development deals for Hutto, including construction of Titan Development's Innovation Business Park and the mixed-use development Co-Op District.

Community Impact Newspaper will update this story as more details of the contract become available.