Here are the 6 locations where you can vote early in Northwest Austin for the Nov. 2019 election 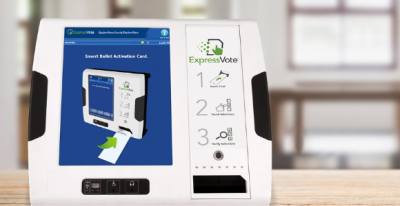 Early voting for the Nov. 5 election begins Oct. 21, and Austin voters will be asked to weigh in on two city propositions and other issues related to their counties.

Early voting, however, will look a bit different this year in Travis and Williamson counties as a new law that Gov. Greg Abbott signed in June limits the use of mobile early voting sites.

The reason for the passage of HB 1888, Davis said, is related to “rolling polling,” in which governmental entities would move polling places to various locations during the early voting cycle in an effort to attract voters who were more likely to vote in favor of the issue at hand, thereby decreasing general turnout. An example cited by Davis included hosting an ISD bond election at the site of a PTA meeting.

“It was kind of a whack-a-mole system where you’d have pop-up or flashmob kind of early voting that only proponents of a proposition, for instance, would know about,” Davis said.


What's on the ballot

One of the two referendums Austin voters will consider asks whether the city should be allowed to give away public land for sports or entertainment venues. The second proposition asks whether voters should have a say on an Austin Convention Center expansion with a cost greater than $20 million and whether the city should change its formula for how it spends hotel tax revenue.

Travis County voters will consider a proposition on whether to allow the county to allocate hotel occupancy tax revenue to eligible venue projects, such as the Travis County Exposition Center.

In Williamson County, voters will consider a $447 million roads and parks bond. This bond would include $412 million for roads and $35 million for parks and would not result in an increase in the county's debt service property tax rate, which is $0.167 per $100 property valuation.

Travis and Williamson counties have different hours for their early voting polling locations.

Here are the six early voting locations in Travis and Williamson counties that fall in the Northwest Austin area as defined by Community Impact Newspaper. Voters in both counties, however, may vote at any polling location in the county in which they are registered to vote. For a full list of polling locations, visit www.traviscountyelections.org or www.wilco.org/elections.